This is delicious and it’s cheap and that’s just the facts. 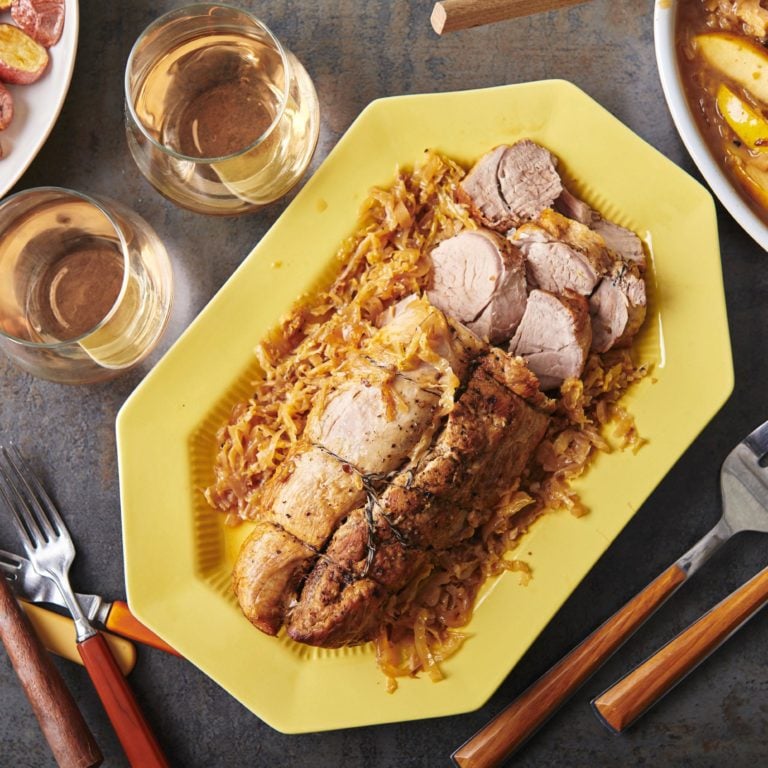 I hate to start of singing a dish’s praises by mentioning how inexpensive it is….and I hate using the word cheap to talk about any food. But you know what? This is delicious and it’s cheap and that’s just the facts.

And it also feels super seasonal for fall and winter, what with the cabbage and the pork and the apples and the slow cooker. It also smells amazing.

And did I mention that it is cheap?

Like many slow cooker recipes, you’ll want to start this in a skillet. Slow cookers are amazing, but of course where they shine is in the set it and forget it department. Making dinner in the morning, and having it ready to dig into at night is a very sexy promise. But in order to get a bit more texture and a bit more flavor, you’ll want to kick things off in a pan, most cases. This is one of those cases.

What Kind of Apples Go with Pork?

You can use any apples you like, from Golden Delicious to Empire to Fuji. You add the apples towards the end of the cooking process so they get nicely softened, and both lend flavor to and absorb flavor from the rest of the dish, but don’t become mushy.

Letting the Pork Sit After Cooking

When you remove the pork from the slow cooker you want to allow it to sit on a cutting board for at 10 to 15 minutes. This allows the meat to reclaim its juices – but don’t expect the slices to slice perfectly. The gorgeousness of low and slow cooking is that the meat will become fall apart tender. Even a leaner cut like a pork loin.

This Slow Cooker Braised Pork with Cabbage and Apples is delicious and it’s cheap and that’s just the facts.

Serve Up All the Good Stuff From the Slow Cooker

You can use a slotted spoon to transfer the apples, cabbage, and onion mixture into a shallow serving bowl, and lay the sliced pork over the top. In my case I served up some of the cabbage and apples on the side of the pork, and the rest in a different side dish to be passed around.

What to Serve with Slow Cooker Fall-Apart Braised Pork with Cabbage and Apples: 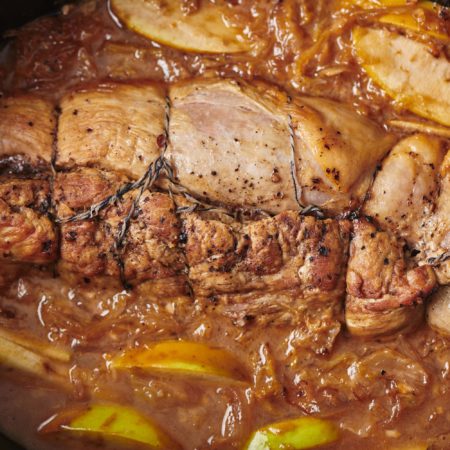