This thick and satisfying soup has tailgating or sidelines or post-game meal written all over it. 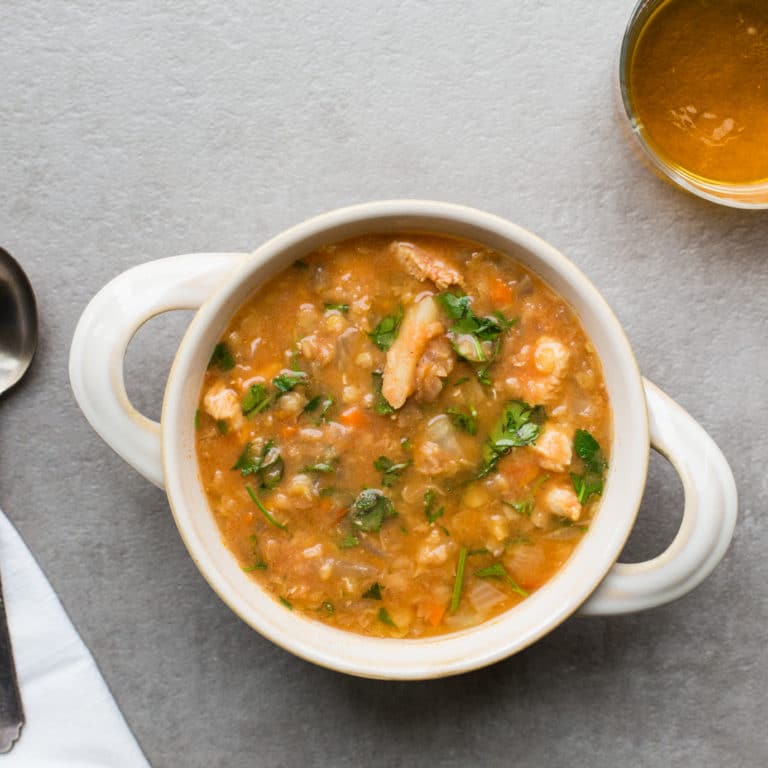 This is the Story of The Day I Became a Tailgating Football Mom.  Or something like that.

So, I live in New York City.  If you’ve never been, it looks much as it does on tv.  Lots of people, tall buildings,  subways, commerce, noise.  I love it, and smile acceptingly when people often comment, “Oh, I love to visit but I wouldn’t want to live there.”  That’s cool . More overpriced gyros for the rest of us.

And both my kids play football.  One of the first things any non-New Yorker will say upon hearing that is “WHERE? Where do they play?  That’s so weird.”

These are reasonable questions.  The answer is that they play some games at competing schools’ fields, when those schools are in the surrounding boroughs or suburbs.  And their practices and “home games” take place on Randall’s Island, a strange little island across the East River that has a large number of sports fields dispersed amongst a few structures such as a Golf Center, a Sewage Treatment Plant, and a Mental Hospital.

This thick and satisfying lentil soup has tailgating or sidelines or post-game meal written all over it.

Only when I put things like this down on paper do I realize how odd it sounds.  And how I am actively confirming non-New Yorkers perceptions that we live a very singular existence here in our fair city.

Anyway, the first time I made this soup I ended up bringing it to Jack’s football game, right in the slow cooker.   Gary (who is now a 23-year veteran New Yorker) thought this was just plain odd (even though he grew up in Worcester, Massachusetts, where I gather things like this happen all the time.)   We left without the soup, but thenI said “the heck with that” (I did not say heck), and I I went back up to get the big old pot of hot soup.

On the car ride there Gary kept asking where I would put the soup, and how I would serve it, as though I was planning to bring crème brûlée and a blowtorch to the field.  The boys had already left for the game; had they been home they would absolutely have lent their voices to the “this-is-so-weird” protest.

We arrived at Randall’s Island, and luckily got the really, really good field, the one upwind of the Sewage Plant, and with actual bleachers.  Someone had actually brought a table for people to drop off snacks on (thus solving the problem of where I would put it), and I dropped off a ladle and some plastic bowls and spoons next to it (thus solving the problem of how I would serve it).

It was the final game, the Super Bowl, of their league, against their arch rival school, and tensions were high. I will spare you the blow by blow, and jump right to the part where my kids’ school won, completing their  second undefeated season in the history of the high school.  (It’s like I just discovered the italics key for the first time, and I am born again as a writer).

Oh, and the soup?  Gone.  And adorable 16-year old girls came up to me all night, and said, “Did you make the soup – it was so good!” which I may or may not need to tell you makes a middle aged woman feel terrific.

God, that was a long story.  Anyway, this soup is pretty good, thick, fragrant with cumin and coriander, kind of dal-like in personality.   I would definitely add the fresh parsley at the end, though the football game is purely optional. 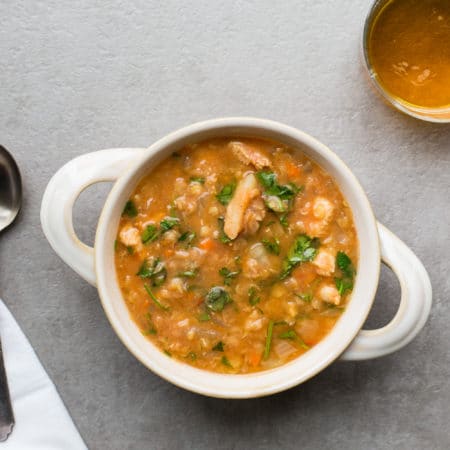