How to Make a Nacho Bar

One of the best possible ways to kick off a party. 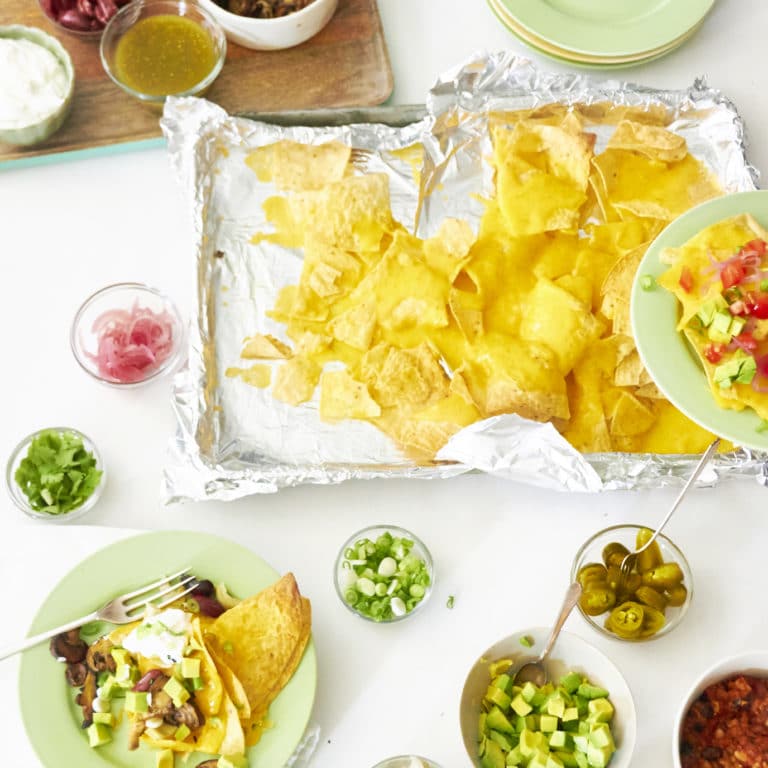 Build Your Own Nacho Party

If you are having a party (especially if there are teenagers as part of the mix) and want a surefire hit, you will be hard pressed to find something more crowd pleasing than a build-your-own-nachos bar.  My sister-in-law did this for one her her son’s graduation parties, and I knew then and there it was going to become part of my repertoire.

Most recently I put this out for a super bowl party, and it reminded me of watching a zookeeper feed the lions.  Throw in the food, snatch back your hand as quickly as possible, and don’t get between the beasts (in this case about half a dozen teenage boys) and the food.

The list of possible ways to personalize nachos abound, and while a number are listed below in the nacho bar topping list, you can get very creative—or stick with the basics.  Then stand back and let everyone make their own version of loaded bar nachos.

Chili is one of the suggested toppings and you can make any kind of chili, from chicken to turkey to beef to vegetarian.  Here are some to try:

Or, instead of chili, you can also serve up cooked taco meat, or shredded slow cooked pork, beef, or chicken.

The very first time I did a test run of these was when my younger son, Charlie, had a bunch of friends over for a movie night. (I will pause to mention that two of the attending friends were named Linus and Lucy. Yes, it’s freaking adorable. No they didn’t watch Peanuts.)

One of the best possible ways to kick off a party.

Linus, amazingly, had NEVER had nachos! Isn’t that crazy? He kept repeating this fact with wonder and anticipation as the nachos baked. He lives a rich and full life otherwise, with much exposure to all of the wonders of the world, so this oversight is an anomaly. I was so happy to show him the light – how often do you get to provide a person with their first nacho night experience?

What to Serve with a Nacho Bar:

All you would need to make a Nacho Bar party complete would be some Buffalo Turkey Burger Sliders, a crudite basket, and some One-Pot Mexican Hot Chocolate Brownies.  Now that’s a party. 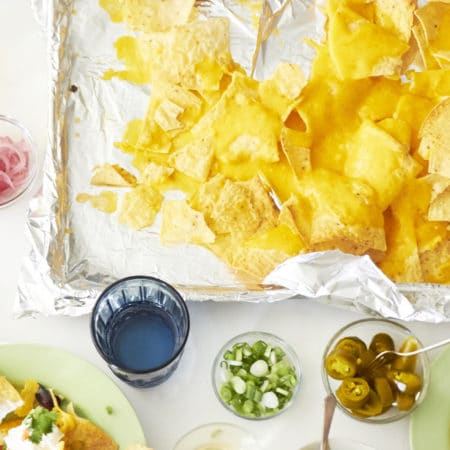 How to Make a Nacho Bar

One of the best possible ways to kick off a party.
Yield: 8 People