A savory casserole featuring spaghetti and chunks of tender chicken baked in a creamy, cheesy sauce. 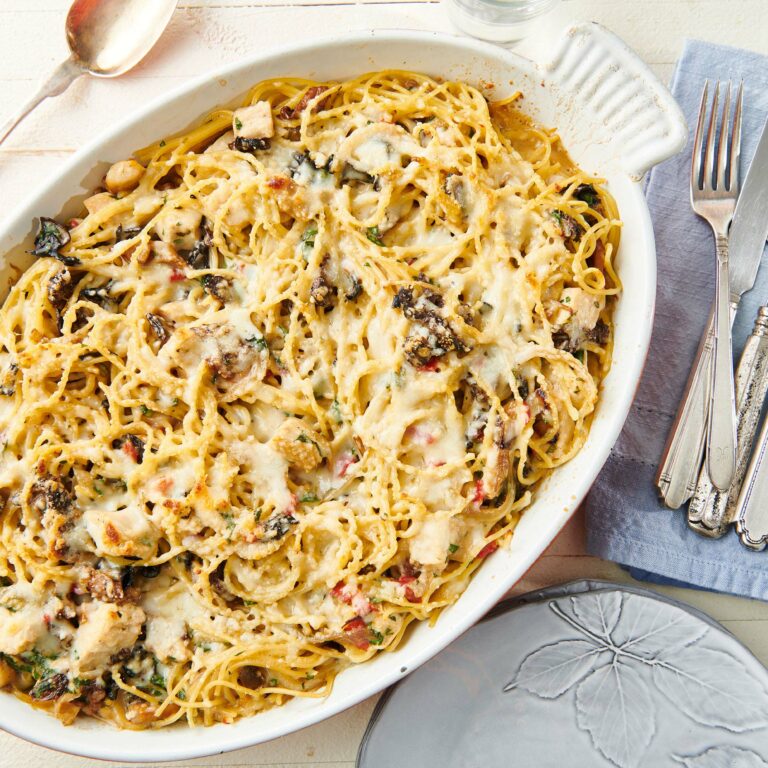 What is Chicken Tetrazzini?

Chicken Tetrazzini is a variation of the more well known Turkey Tetrazzini.  It is a casserole made up of chunks of cooked chicken nestled amongst tender spaghetti in a sauce made from a combination of broth and whole milk and Parmesan and it is rich and savory and creamy.

Sage and parsley brighten the dish, and a topping of melted Gruyere and a bit more Parmesan create a lovely crust which contrasts so perfectly with the comforting interior of the dish.

This casserole really just needs to be warmed though in the oven, as everything in the casserole has already been cooked.

Make sure to use fresh mushrooms, not canned.  I like some canned vegetables just fine (peas, corn, beans), but I’m not a fan of canned mushrooms which I find to be soggy and insipid. You can use any combo of fresh mushrooms available to you, or just stick with simple button mushroom or cremini.

Don’t skip the cheese topping.  The crunchy cheesy layer browns up very appealingly and is the perfect contract to the creamy tender filling.

Thyme, marjoram or rosemary would be good choices in place of the sage if you prefer.

This is a great way to transform a rotisserie chicken or any simply cooked leftover chicken into a terrific one dish meal.  You can also make it in the morning, and then pop it into the oven at the end of the day.

What to Serve with Chicken Tetrazzini:

Pair it with a salad or any simply cooked vegetable if you like. Or try:

Other Recipes for Leftover Chicken: 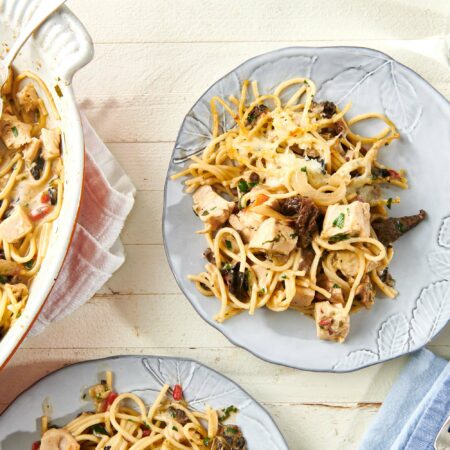