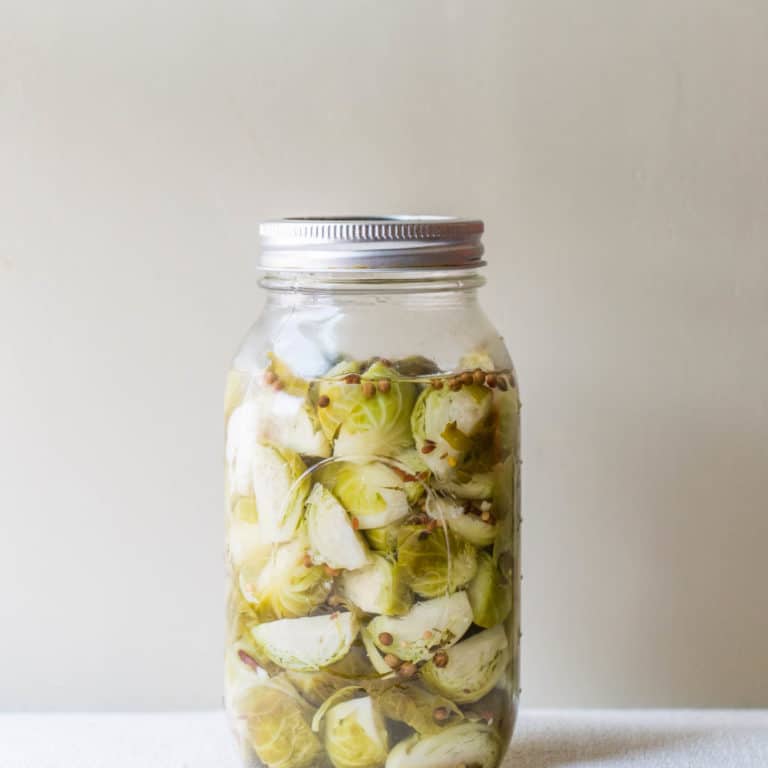 These are actually an insanely versatile condiment.

It was really created because I had a LOT of Brussels sprouts at one time, and I knew I needed to spread them out, since there are only so many Brussels sprouts my people will even contemplate eating. Much less actually eat.  Which has not stopped me from making them in the slightest.

This pretty jar of pickled Brussels sprouts is actually a double batch, made in a quart jar. After two days they were delicately pickled and ready to eat, and after 10 they were fantastic. These are a refrigerator pickle, not a pressure sealed one, which means they won’t last forever. I think around 14 days Is probably their final shelf life, though I tend to push the envelope.  And because next time I make these I will probably make them in an even  bigger batch.

Is that not a stunning photo?

Other than the Brussels Sprouts Three Ways, how else to use these? I would chop them and mix them with canned tuna or cooked and flaked salmon for a crostini topping. I would use them in this broccoli rabe dish instead of the preserved lemon for a change of pace.   I would toss them into earthy grain dishes for a little bit of sparkle. I would stir them into brownies (NO! That would be disgusting. I am just seeing who’s reading this far).

And if you use them in a cool way, I really hope you will tell me!

Other Recipes with Brussels Sprouts! 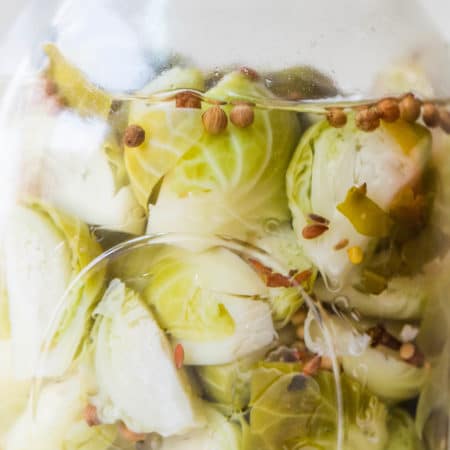