Like creamed spinach, but with a little more substance. 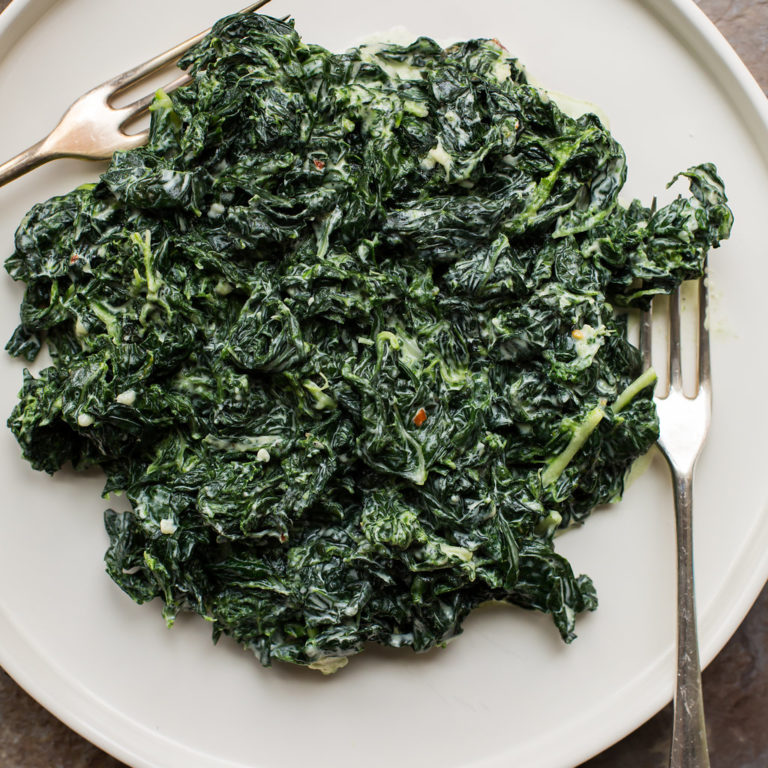 My father and grandfather, both no longer here, loved nothing better than a serious steak dinner at their favorite steakhouse, Peter Luger’s, in New York City. If there was something to celebrate, an out-of-town guest to impress or the desire to indulge an extravagant comfort-food craving, there was one clear choice.

Ordering was easy: a starter of thickly sliced tomatoes and onions with the house dressing, which was also the house steak sauce (think of Worcestershire sauce disguised as a thick dressing), and possibly a wedge salad with bacon and blue cheese. To follow, there was a T-bone steak, sliced but with the bone served up for nibbling, with fried potatoes and creamed spinach. And after belts had been loosened, perhaps a piece of key lime pie.

But because envelopes need the occasional pushing, I recently decided to cream up some kale in memory of my dad and grandpa. I know that in some circles kale is considered the king of the greens, and in others it’s considered “over.” I don’t belong to either camp, but I do love how baby kale works in recipes. It has similar nutritional perks to spinach, and holds up to heat with more presence. It isn’t as tough as fully grown kale.

So I tried creaming it, with a generous amount of cream and Parmesan.

This begs to be served up next to a roast chicken, a piece of seared or roasted fish, or, in the most perfect of all worlds, a juicy T-bone steak.

This begs to be served up next to a juicy steak, a roast chicken, or a piece of seared or roasted fish. 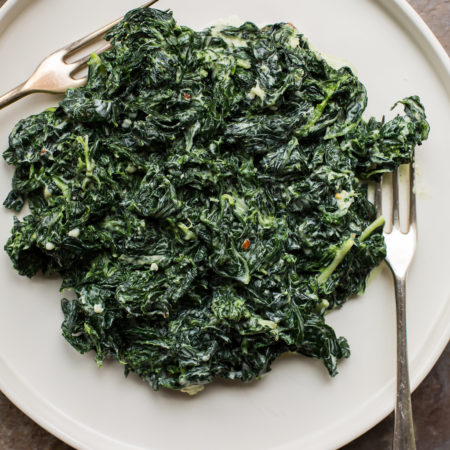