The humble cabbage, made extra delicious with beer and bacon. 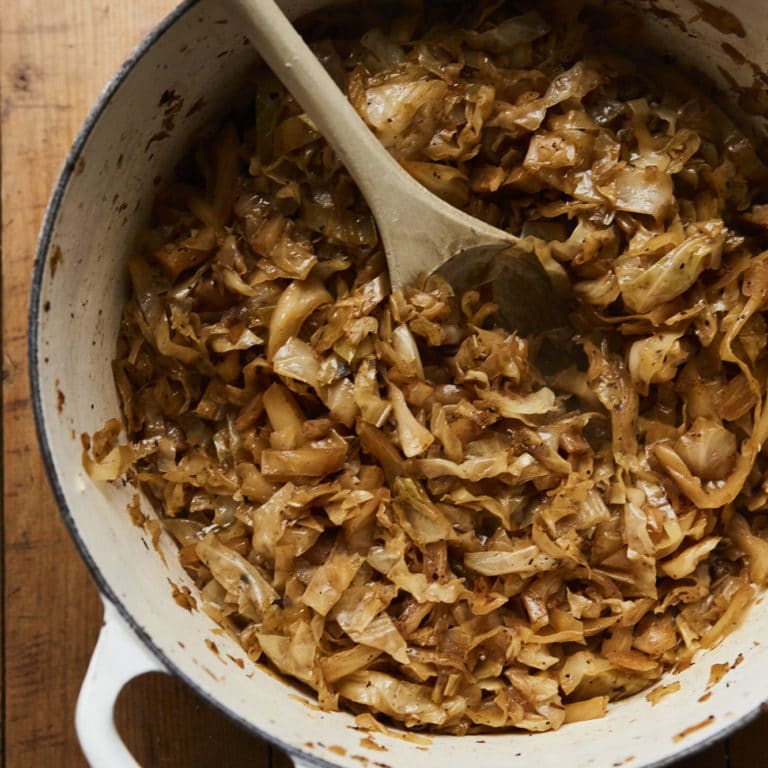 Do you know why cabbage is so popular on St. Patrick’s Day? It’s a quintessential part of Irish cuisine, along with bacon and potatoes. Tenant farmers in the 17th century were forced to pay substantial rents to their landlords, and relied heavily on their crops of nutrient dense cabbage and calorie dense potatoes, both hardy vegetables, to get them through the year. The more prosperous farmers also grew pigs, so were able to season their vegetables with the parts that weren’t needed to pay off their monthly tariff.

In 1845 the Great Potato Famine hit Ireland, eradicating much of the country’s potato crop, and cabbage became even more critical as a food source. On St. Patrick’s Day, it’s quite customary to eat cabbage in some form. It remains one of the most affordable and durable vegetables around, a reliable source of something green in the colder months, and when paired with its old compatriot bacon, it may be humble but it’s delicious.

How to Make Braised Cabbage

Here the bacon is crisped up in a heavy large pot, and then some onions are quickly sautéed in a bit of the remaining pork fat. Then the cabbage is added, along with the beer of your choice, and in 30 minutes you have a dish that may be modest in cost and appearance, but quite grand in flavor.

What to Serve with Braised Cabbage:

This would go very well with corned beef, but also with roast chicken, salmon, a steak, pretty much anything.  The whiter the cabbage is, the sweeter it is – you can also use savoy cabbage instead of regular, either is fine.  Keep the cabbage in the fridge until you are ready to use it. 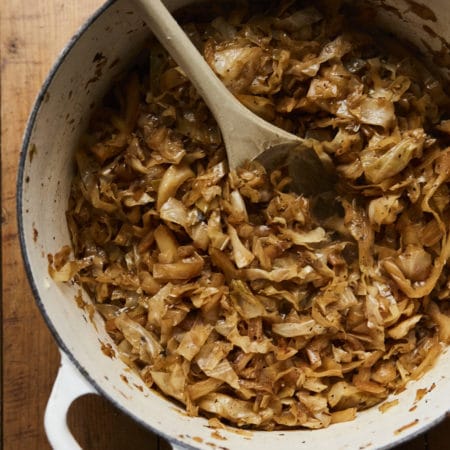