How to Make a Vanilla Milkshake

A simple vanilla shake is sometimes all it takes to make the day a whole lot better. 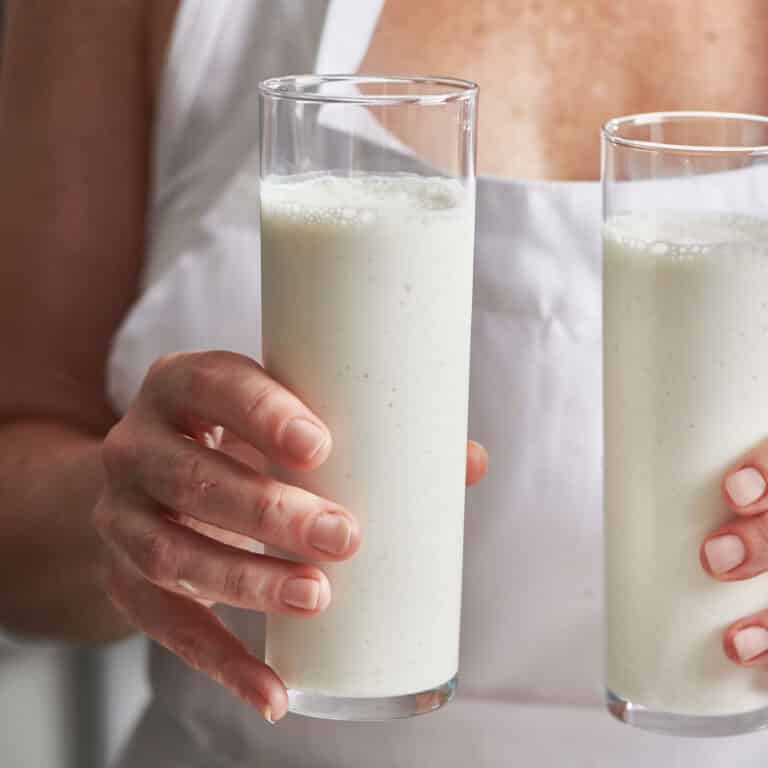 Making a vanilla milkshake is downright simple.  It’s as simple, in fact, as having vanilla ice cream and milk on hand.  A bit of vanilla extract amps up the vanilla flavor, and then all you need is a blender.

How Did The Milkshake Get Invented?

The term “milkshake” first came into being in the late 1880’s and at that point it referred to boozy concoction involving eggs and whiskey. But by the early 1900s, the word milkshake came to mean what we now think of by that name: a thick blended drink made with ice cream, milk, and other flavorings like strawberry, vanilla or chocolate.  And then it went on from there.

Different flavors of ice cream can be featured, all kind of syrups and extras can be added, and if you follow any food people on instagram you will no doubt have seen the crazy milkshake concoctions that have become so popular today (and yes, there is sometimes booze involved, with the milkshake going full circle).

When the electric blender was invented in 1922, milkshakes became even more popular.  Dairy Queen, still known for their shakes, introduced milkshakes to their menu in 1949.  And guess why the straw was invented?  To drink these thick shakes!  Who knew?

How to Make a Vanilla Milkshake / A simple vanilla shake is sometimes all it takes to make the day a whole lot better. 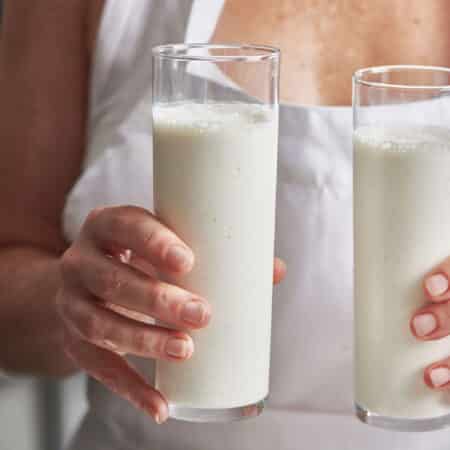 How to Make a Vanilla Milkshake