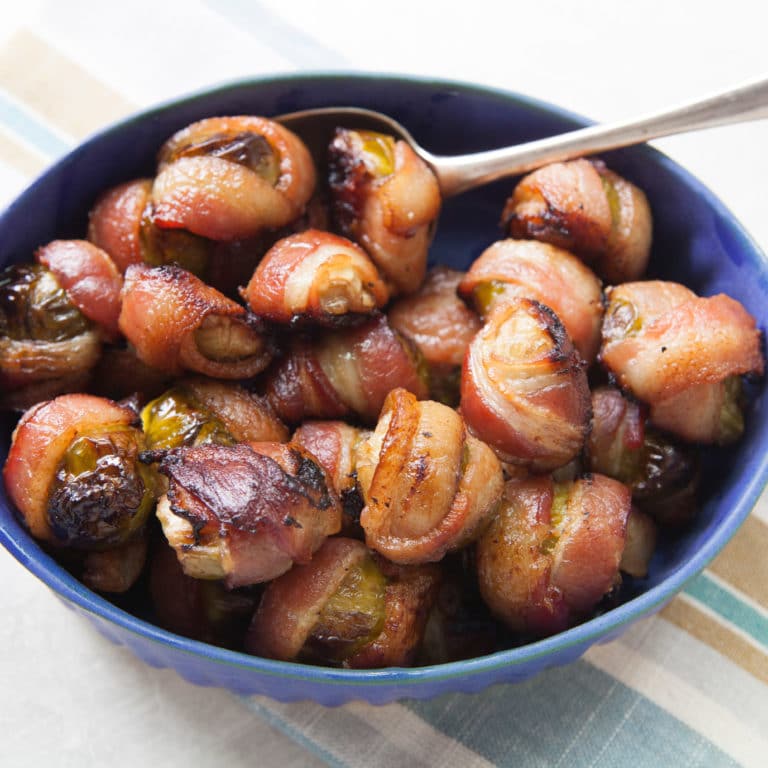 Ok, if you have tried to make a person who does not like Brussels sprouts into a Brussels sprouts eater to no avail, bacon wrapped brussels sprouts may be the final attempt.  And honestly, if after this, the answer is still “nah,” than I think you have done your best and should just called it a day, and find a great cauliflower recipe for you all to share.

In the immortal words of Robin Thicke, you know you want it.

I’m sure I have mentioned here or there or everywhere that Brussels sprouts have mixed reviews in my house.  The slightly annoying part is that the mixed results keep shifting from one person to the next, without much consistency or rhyme or reason.  Actually to be more accurate, my  two boys never seem to like them at the same time, but they take turns being the picky one.

Bacon Wrapped Brussels Sprouts: Some recipes don’t really need an introduction. This is easy and so crowd please-y.

The big consistency is that Gary doesn’t like them.   And shares this opinion loudly at the table, so whichever boy was kind of digging the Brussels sprouts, starts to doubt.  The one Brussels sprouts recipe every gets behind is this one: Brussels Sprouts, Apple, and Pomegranate Slaw Salad.  I think they think it’s something else.

Man, I apparently love Brussels sprouts a lot.  Who knew? 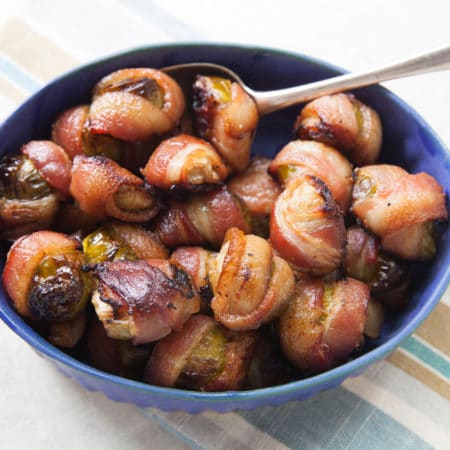