The title kind of says it all. 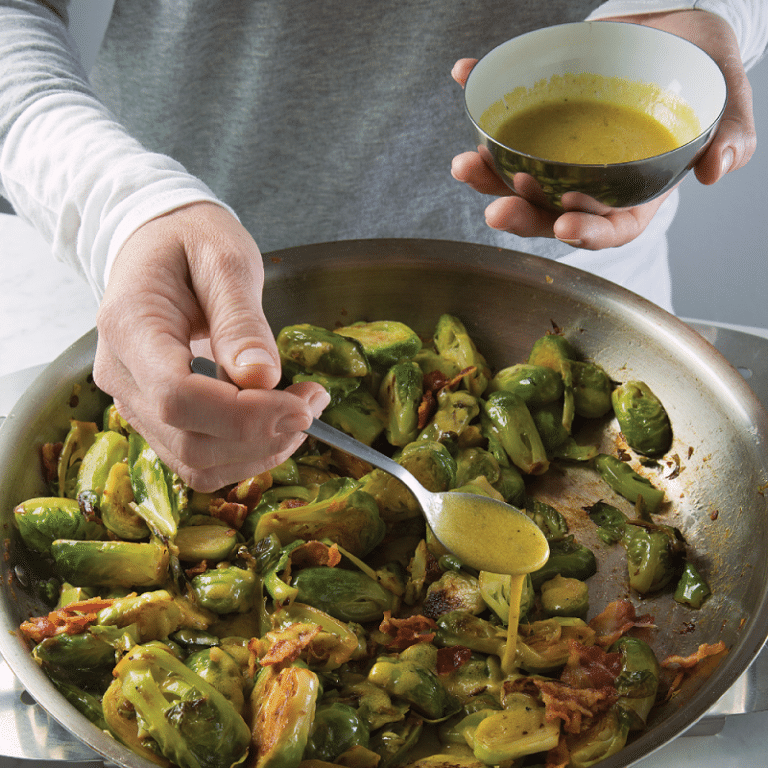 As parents, we often fall into the trap of assuming our kids won’t like something, and therefore we either don’t serve it (not a good solution) or state aloud, “I don’t think you’re going to like this, but . . .” (also not a good solution).

Brussels sprouts are high on the list of foods that many of us think will not be met with good cheer at the dining table. Often this is because when we were kids we were served an unappetizing version, probably overcooked and possibly underseasoned, and that’s the way brussels sprouts have been cemented into our memories.

Poor little brussels sprouts, so unfairly maligned. It’s like if you went to a job interview with a terrible cold, and were not your best self, and that was the impression that you left on your prospective boss, and no matter what you said or did, that was how he was going to think of you forevermore. So very sad.

Those of us who love Brussels sprouts will find these irresistible, and for those who are still on or nowhere near the fence, this recipe could make them converts. The bacon certainly doesn’t hurt. I’ve used turkey bacon in this dish, and found it quite satisfactory. Once my son Jack and I ate the entire batch for lunch. And then the next time I made them, he forgot he liked them. Hashtag sigh.

This is one of the best things that can happen to a Brussels sprout.

You can cook the Brussels sprouts up to 2 days ahead of time (remove them from the heat just before they are tender). Reheat them on the stove just before serving and dress them while they are still warm or hot. Reheated leftovers (over low heat on the stovetop or in the microwave) are pretty delicious, too.

Ok, never too many Brussels Sprouts recipes in my book! 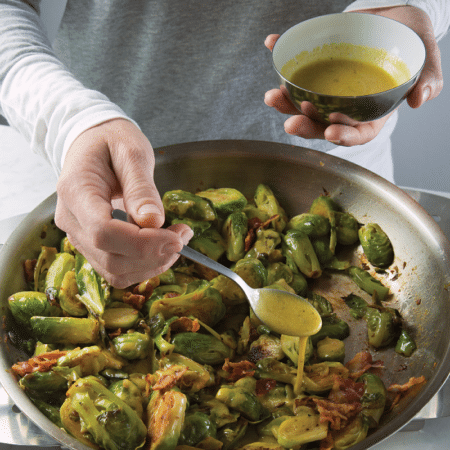