A hefty dollop of Dijon mustard mingles with onion, Worcestershire sauce, and thyme in this deeply flavorful marinade for steak. 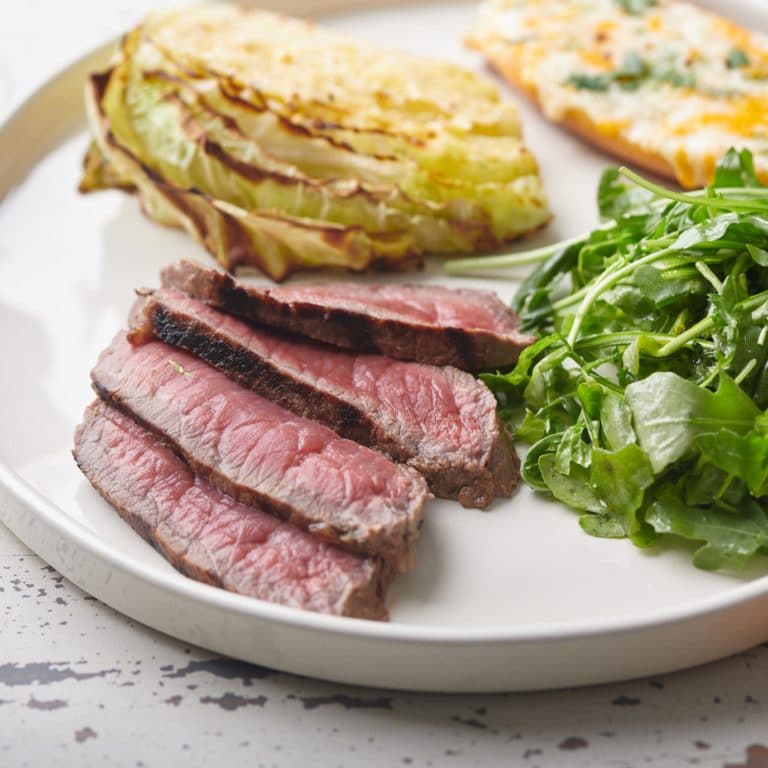 Now that I’ve discovered that tenderizing London Broil as well as marinating it results in a seriously juicy steak I am a big fan of this lower priced cut.  I’ve also now learned that not all London Broils are created equal.

What is London Broil?

There is big discussion about how London Broil is not actually a cut of meat, but a method of preparing it.  Having said that, it used to refer most commonly to a flank steak, broiled and sliced across the grain.

Now you might find a number of different cuts with this label, from sirloin to bottom round — always cut in a big thick steak– but the one I’ve had the most success with is a top round steak or roast.

I know this because I got the info and the steak from a butcher….a butcher in the middle of a supermarket, but a guy who knew his meat and could help me understand once and for all how to make London Broil my family’s new favorite steak.  It was a great reminder that talking with a real live butcher can make all the difference in how you shop for and cook meat.

Dijon mustard mingles with onion, Worcestershire, and thyme in this flavorful marinade for steak.

How to Perfectly Cook London Broil

London Broil really benefits some tenderizing (a light pound with a meat mallet, some quick stabs with a sharp knife, or this funky little tool from a soak in a marinade.

You want to cook London Broil quickly over high heat.  You can grill it, broil or sear up in a heavy skillet, preferably a grill pan, for about 4 to 5 minutes per side.

Leave it on the rare side (and for this reason, get a nicely thick steak).

And cut the meat against the grain.

And by the way, leftovers make great steak salads the next day.

What to Serve with Mustard Marinated London Broil: