In some Southern homes, it wouldn’t be New Year’s Eve without Hoppin’ John, a dish featuring black eyed peas, which are believed to bring good luck in the coming year. 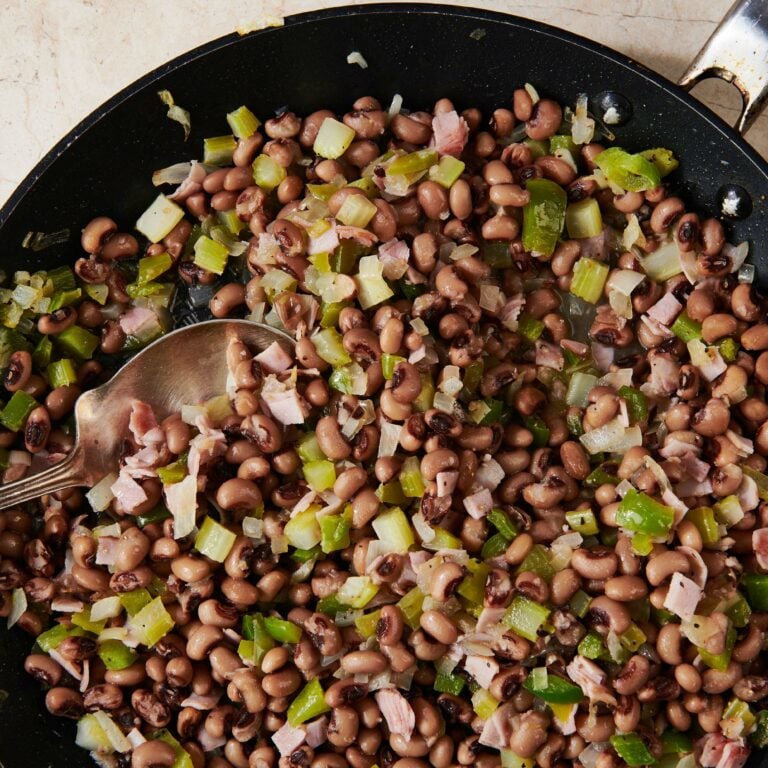 In some Southern homes, it wouldn’t be New Year’s Eve without Hoppin’ John, a dish featuring black eyed peas, which are believed to bring good luck in the coming year.

In her 1991 cookbook New Southern Cooking, Southern Food Maven Natalie Dupree explains, “As the saying goes, ‘turnip greens on New Year’s Eve bring you greenbacks all year long, and black-eyed peas bring you a lucky day for each one you eat.”  I imagine one would work hard to eat 365 of them, and then start fresh again.

The liquid used to cook black-eyed beans, greens, and other Southern vegetable dishes becomes very flavored and is often referred to as “pot likker”.  These juices are usually served over the beans or cooked produce like leafy greens, for extra flavor, moisture, and nutrition…plus as in almost all cultures, cooking is often centered in a “waste not, want not” ethos, spurred by the need to cook in hardship at some point in history. Throwing that nutritious cooking liquid away would have been super wasteful.

Hoppin’ John: In many Southern homes, it wouldn’t be New Year’s Eve without Hoppin’ John, a dish featuring black eyed peas, which are believed to bring good luck in the coming year.

I readily acknowledge that I am:

Traditional Hoppin’ John is at its core black eyed peas cooked with some piece of pork in water which becomes the “pot likker”.  It could be pretty much any piece of the pig, meat, salted or smoked or cooked in another way, or a leftover bone with some meat attached.

This recipe is all about ease of execution. For starters, it calls for canned black eyed beans.  Not fresh, not dried and cooked, not even frozen.  Canned, rinsed and drained.  And I used chopped cooked ham.  Not a ham hock, not fatback, not a ham bone, but chopped cooked ham, which may or may not come from a deli counter.  I definitely have made this when I’ve had a leftover ham bone in the house, but I cannot pretend that’s a regular occurrence.

Please, please adjust the recipe to your Hoppin’ John memories, if you have them.  After the recent times we’ve all had, there should be enough good luck to go around.

What to Serve with Hoppin’ John:

Other Bean Side Dish Recipes: 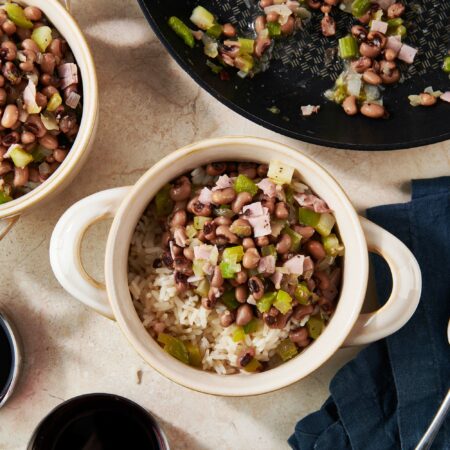