Like most bean salads, this one is cheap, it’s easy, it’s fast, and it’s immensely satisfying and good for you. I think this whole salad should cost about $4. 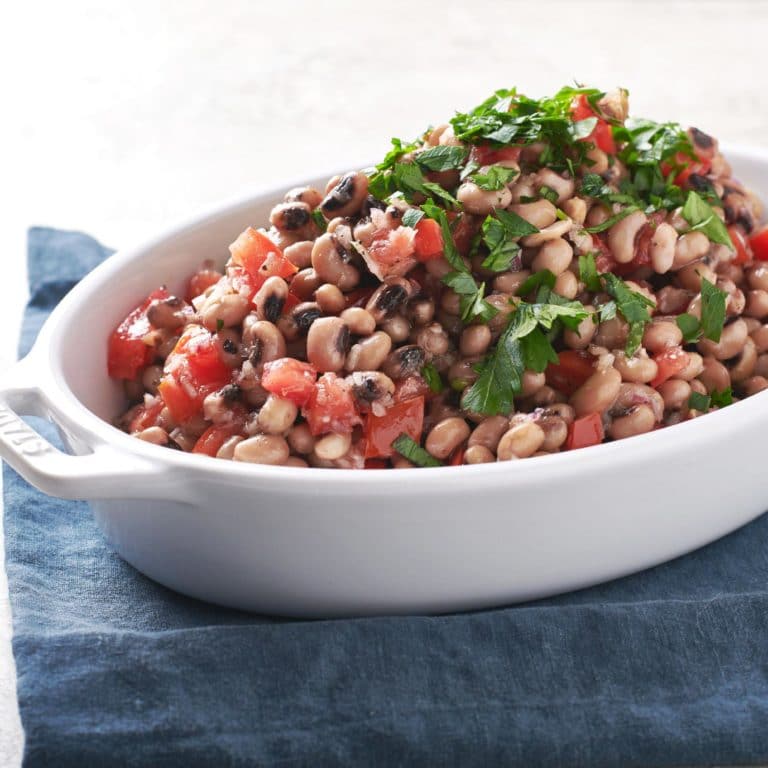 This salad was originally made as a companion to some spice rubbed pork chops, all of which were inspired by a dish created by Stephan Pyles and served at his Dallas Texas restaurant Stampede 66.  While the restaurant was quite upscale, this pork chop dish was both homey and accessible, and I set about recreating the recipe at home.

And while the pork chops were wonderful, as were the caramelized apples they were served with, there was something about this simple black-eyed pea salad that just kept me coming back for more.   After the meal was done, I was wishing I had made more of the beans for future lunches, dinners, and just for eating straight out of the container.

So here is the recipe on its own, in a bigger batch, so that you can pull out a container and spoon it over or alongside various pieces of grilled meat, or whatever you are serving.  Or add some to a green or vegetable salad.  Or just eat it straight up.

Like most bean salads, this one is cheap, it’s easy, it’s fast (presuming you are starting with canned or cooked beans) and it’s immensely satisfying and good for you.  I think this whole salad should cost about $4 to make.  You could use other beans in place of the black-eyed peas – I think cannellini or other white beans would be terrific, or chickpeas, one of my go-to beans.

Add in some other small diced vegetables if you want, like bell peppers, zucchini, cucumber, celery, or fennel.

Black-Eyed Pea Salad: Like most bean salads, this one is cheap, it’s easy, it’s fast, and it’s immensely satisfying and good for you. 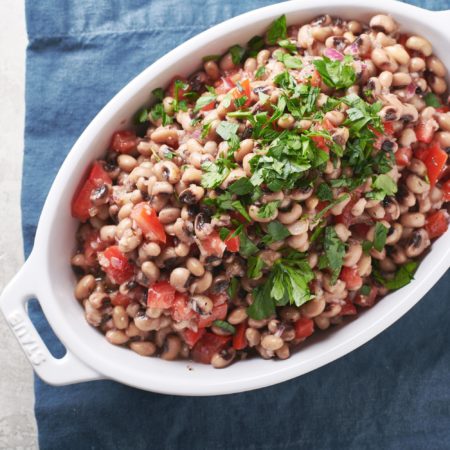 Like most bean salads, this one is cheap, it’s easy, it’s fast, and it’s immensely satisfying and good for you. I think this whole salad should cost about $4.
Yield: 8
Prep Time: 15 minutes
Cook Time: 0 minutes
Total Time: 15 minutes