One favorite food stuffed into another (just yum). 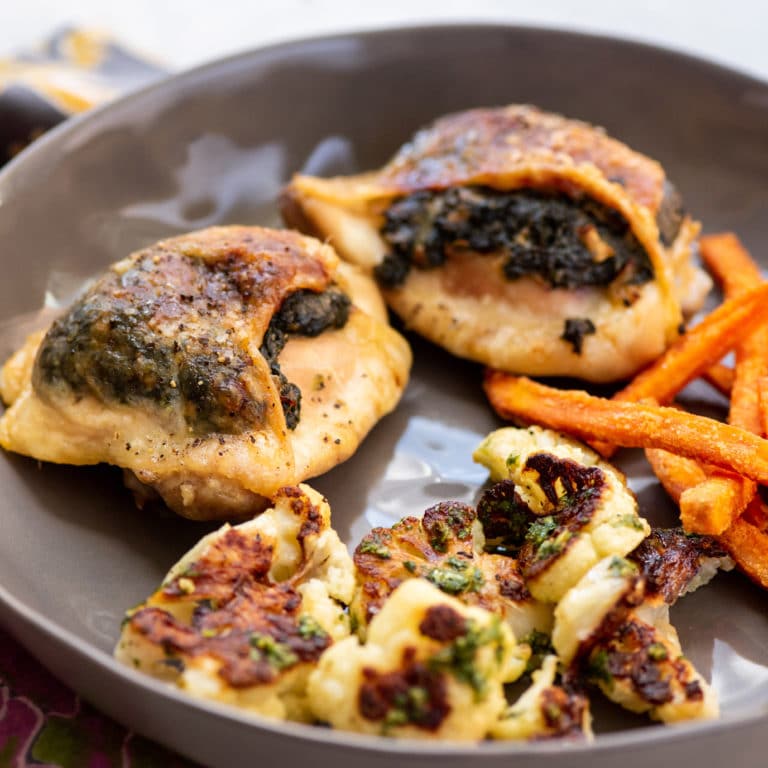 If there is a vegetable side dish more old-school nostalgic than creamed spinach, I can’t think of it (if you can, tell me because I want to make it).

My grandfather and my father used to order it at their favorite steakhouse, the venerable Peter Luger’s, in Brooklyn (and in later years, Great Neck, LI). The menu was tiny – or at least in my mind it was, because they always got the exact same thing, a t-bone with Peter Luger’s Own Steak Sauce, and then the sauce was also poured over huge slabs of sliced tomato and raw onion, and then fried potatoes and of course creamed spinach.

The sides always came portioned for two people. Sometimes they also got a piece of bacon as an appetizer. Luger’s Sizzling Bacon, Extra Thick by the Slice. This was not a light meal.

Anyway, we forget about creamed spinach, because often it’s a bit on the decadent side, and not very sophisticated or cutting edge.  So it’s been elbowed out of the way by kale salads.  This a shame, because it’s delicious (ok, and when worlds collide, Creamed Kale with Parmesan is also pretty fantastic). And it makes me think of my dad and my grandpa, which is a little bit of an oucher, but also kind of nice.

Try these Creamed Spinach Stuffed Chicken Thighs as a simple and slightly elegant way to prepare this humble but wonderful chicken part.

I’ve been on a stuffed chicken thigh bender lately – it’s a simple and slightly elegant way to prepare this humble but wonderful chicken part. And it turns out, a nice way to get a little creamed spinach back into the equation.  This recipe calls for frozen spinach, because that’s what I had, but of course you could also use 10 ounces of chopped fresh spinach, which will cook down to a small mound in a flash.

I see you looking at those Sweet Potato Fries.  That’s ok, that’s what they are there for. 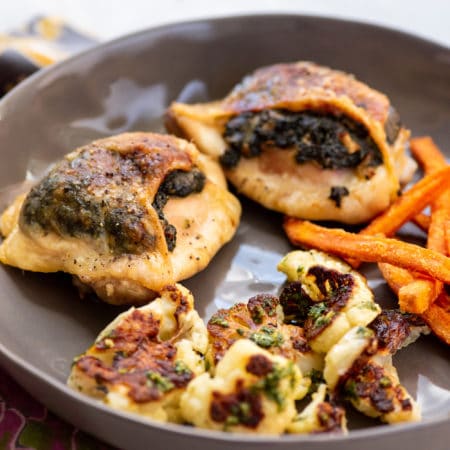