The sandwich we all gravitate towards at street fairs, state fairs, anywhere someone is selling them. 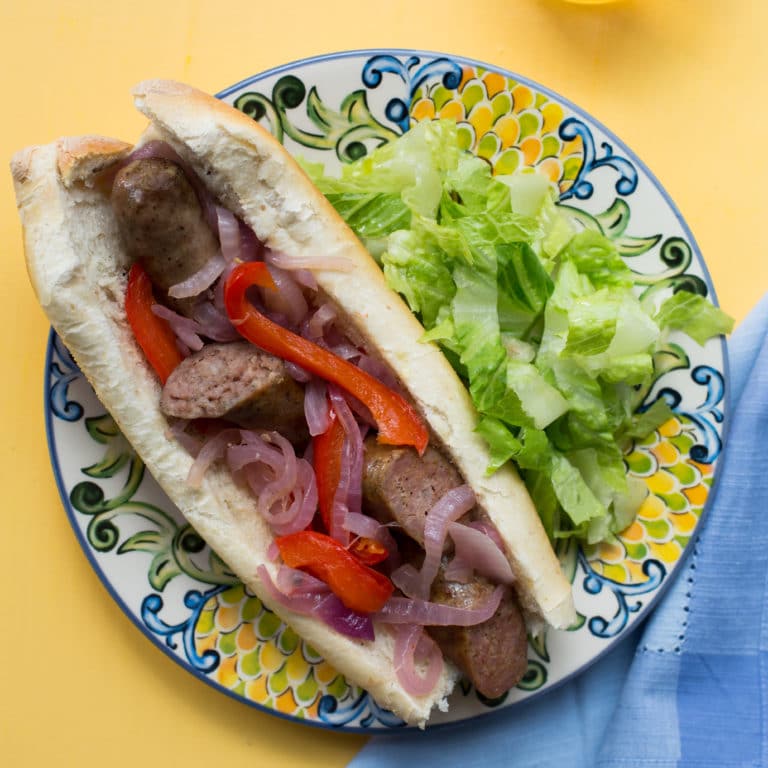 This is what Wikipedia has to say about submarine sandwiches:

“A submarine sandwich, also known as a sub, wedge, hoagie, hero, grinder, or Italian sandwich, is a type of sandwich that consists of a length of bread or roll split lengthwise and filled with a variety of meats, cheeses, vegetables, and condiments.

“The sandwich has no standardized name, with over a dozen regional variations used across the U.S. Larger submarine sandwiches, particularly those that are longer in length or overstuffed with greater quantities of ingredients than usual, are sometimes called battleship sandwiches or destroyer sandwiches.”

A destroyer sandwich.  Oh my word.  I kind of like it.

I was testing this when Jack and his friend Nic came home from something, on their way to something else (oh, God, am I becoming that Mom that actually needs to pay attention to those ads where it says: “It’s 10 o’clock.  Do you know where your children are?”) No, I am not becoming that mom.  It was 1 in the afternoon for the record.

Anyway, they murdered this destroyer sub.  And then went on to some steak fajitas.  Anyone out there have teenage boys?  It’s both fun and frightening to watch them eat, isn’t it?

My brother and sister-in law have three boys who are now 20 to 26.  When they were teens, I remember she put out a bowl of fruit the size of a small sled, when her guys were teens and mine were still little.  I must have asked if she were expecting lots of guests, or perhaps hosting an open-house for pirates with scurvy, because I remember her answering, “Oh, no, this will be gone in 2 days.”

Flash forward a half dozen years, and yes, now I get it.  Jack can kill a 3-pound bag of Clementines in a sitting.  Lest you think I am bragging about my child’s amazingly healthy eating habits, I should also mention that he can demolish half of a family size bag of tortilla chips and a jar of salsa in a sitting as well.

Anyway, after finishing this sub, and saying, “I’m stuffed,” he and Nic went on to eat a steak fajita about 15 minutes later.  Sometimes I feel like a cross between a cook and Jane Goodall. 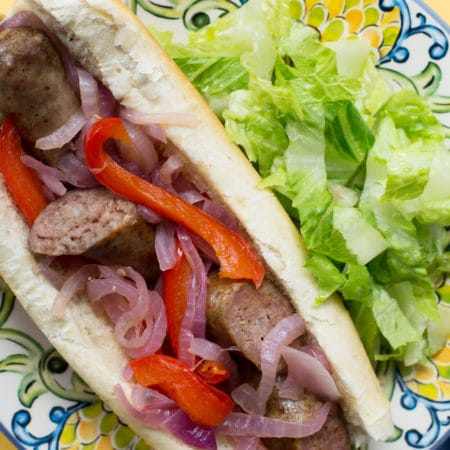