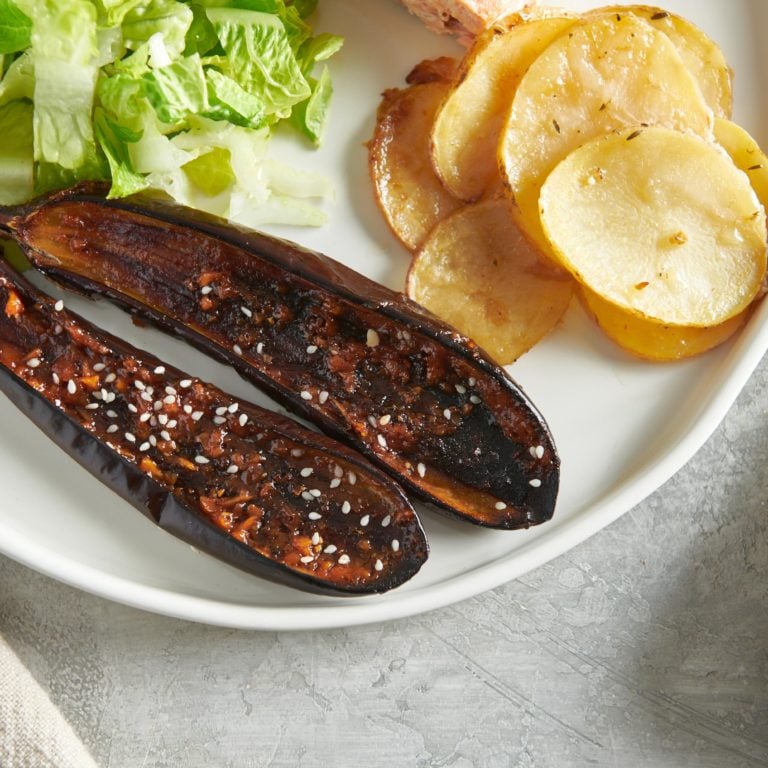 I have so many distinct high-low restaurant memories.  There was the Italian pasta place in the lower east side, where they gave out free mussels at the bar, so you could essentially slurp your way through a bowlful of mussels, and then order a $10 pasta which you could pretty much take home for the next day.  That’s where my editorial assistant friends and I spent many a birthday dinner.  One might question the wisdom of accepting free shellfish.  We did not.

There was the celebratory lunch my uncle took me to at a restaurant whose name escapes me, but it was the kind of place where you think frequently “Good god, am I using the right fork?  Is that my water glass?” and I felt like I was in a movie.  I remember dessert was three kinds of freshly made sorbet, each presented in that little quenelle shape that you only see in places that have real individual hand towels in the bathrooms

And I have a whole category of sushi restaurant memories, some high end (thanks, Mom and Dad), some really cheap (all-you-can eat at Yama, which is still on the upper east side), and everything in between.  And then there was the eggplant.

There was a great Japanese restaurant (I think there were two of them, in fact) called Tatany, and that where I was first taken by an older doctor cousin and his wife and learned that you could order sushi BY THE PIECE!  A la carte!  Who knew such magic existed?  That there was life beyond the Sushi Special?

I quickly understood this luxurious approach to sushi came at a price, but the scales had fallen from my eyes, and while there were many more sushi specials in my future, I understood that the ultimate sushi life goal was to order just what you wanted, nothing more, nothing less.  Screw you mackerel. Hello salmon belly.  Believe me, in general my sushi budget is more sashimi combo than omakase, but I have experienced the sublime and I have experienced the ridiculous (there has been gas station sushi in my life, and recently).

Would you believe that I haven’t even gotten to my point yet?  Well, sure you would, because you probably clicked on a recipe called Japanese Miso Eggplant, and have not come upon any of these words yet.  This restaurant, Tatany, was also my introduction to some cooked Japanese food that I had not yet stumbled upon.  Broiled salmon collar was one, I remember.  And then something called (here you go, rewarded for your patience with much gratitude, and shortly – an actual recipe) Japanese Miso Eggplant.

Long slender halves of Japanese eggplant were dotted with a pungent, potent, slightly sweet, salty umami (I was years from knowing what the word umami meant) sauce and cooked to a melting tenderness.   The smell alone was amazing.  I never went back to that restaurant without ordering this dish.  And now, I finally am working on my home version.

Is it exactly how I remember?  Not yet…but then again, what is?  I will keep chasing the memory of this though, and in the meantime, this vegetarian dish makes me very happy, whether there is sushi to follow it or not.

And a p.s.: leftovers are great chopped up and added to vegetable fried rice.

What to Serve with Japanese Miso Eggplant: 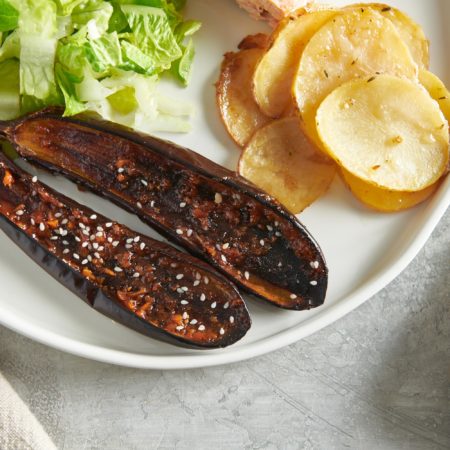