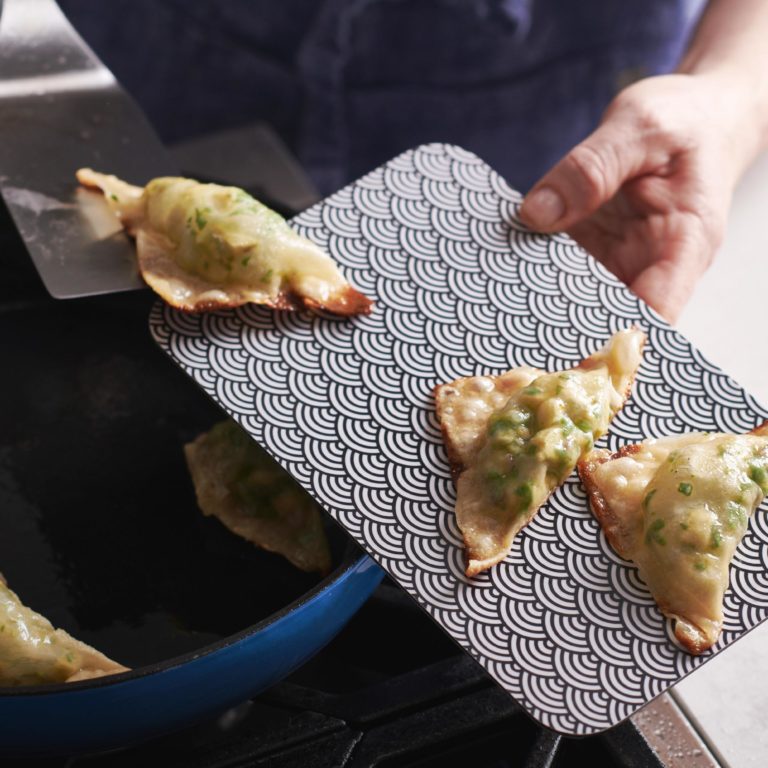 My amazing friend Katie Chin is…well, she’s amazing.  I met her when I was a cookbook editor, and was lucky enough to become the editor of her first cookbook, Everyday Chinese Cooking, which she co-authored with her mom, the kind yet formidable Leeann Chin.  Leeann’s story is amazing, a true story of perseverance and determination and grit and bravery.

Katie went on from this first book to author several others on Asian cuisine, and became a well known author and chef in the Asian cooking world.  Leeann died several years ago, having achieved so much herself, and also having proudly watched her daughter achieve such deserved recognition.  Both Chins are/were expert in the kind of Chinese cooking that makes us feel cared for and just plain hungry.

Which brings us to dumplings.  Dumplings are one of the happiest foods on the planet.  Steamed, fried, potstickers, vegetarian, porky, shrimpy, I have not met a dumpling I don’t like, and neither has anyone in my family.  Neither has anyone, I’m going to go out on a limb and say.

So when I was browsing through one of Katie’s cookbooks, Katie Chin’s Everyday Chinese Cookbook: 101 Delicious Recipes from My Mother’s Kitchen, that was where I landed.  Making dumplings is not hard – it takes time, for sure, until you get good at it, but it’s more a matter of patience and then muscle memory than it is big time skill.  Now when it comes to making beautiful dumplings, the kinds with intricate pleats and fold, that’s a whole other level of dumpling craft, and I am 100% not there.  Maybe someday.  But luckily for us, as long as you seal those babies up, they will taste terrific.

So this is my slight adaptation of Katie and Leeann’s vegetarian dumpling recipe.  I went for a simple triangle shape here, using a square dumpling wrapper.

How to Fill and Seal Dumplings

Be careful not to over stuff the dumplings, so you can seal them.  The egg white will hold the wrapers shut as it dries.  You can press down along the edges, or sort of stand up the dumpling and pinch all around until it is sealed.

These are potstickers, which means that first they are browned in a pan.

Then water is added and the pan is covered. This allows the dumplings to finish cooking, and the steam also causes the dumplings to unstick from the pot and be easy to take out with a spatula (hence the name potstickers…that get unstuck).

And while I am a sucker for a good dumpling, I’m really a sucker for dumplings plus dipping sauce.  Three ingredients and you are done.  All of one extra minute.  Don’t skip it.

In Katie’s book, she not only shares recipes, she shares the inspiring story of her mother’s life and the stories of her own Chinese-American upbringing, and how she has translated all of Leeann’s cooking acumen into her life.  Katie is grateful to Leeann; we now are grateful to Katie. 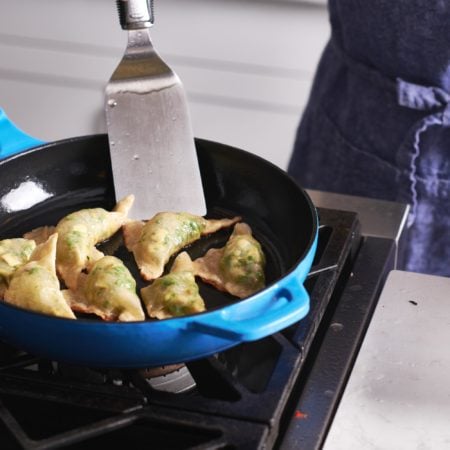 For the Shiitake Mushroom and Spinach Dumplings

For the Dipping Sauce