How to Make Vegan Fish Sauce

Just because you're vegan doesn't mean your Asian dishes shouldn't have a nice hit of that rich umami flavor usually associated with fish sauce. 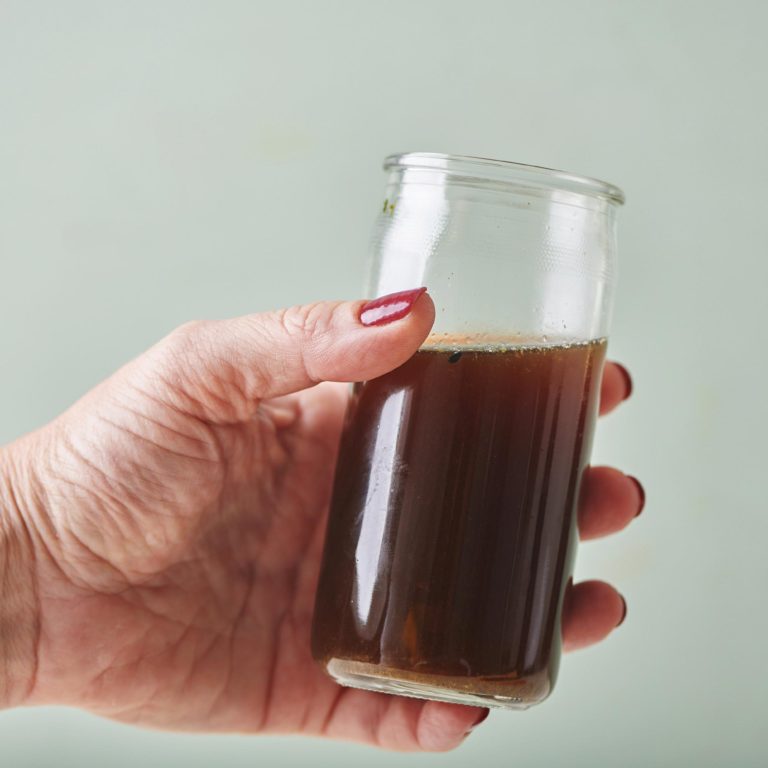 It was a vegetarian/vegan Pad Thai that got me thinking about vegan fish sauce. I was going to just use soy sauce as a substitution for the fish sauce classically called for in many Southeast Asian dishes, but if you’ve had the deep pleasure of eating something seasoned with fish sauce, you know that soy sauce just gets you halfway there.

What is Fish Sauce?

A recipe for a vegan version of that quintessential Southeast Asian umami sauce.

So I went on a little quest to find out how to make a solid vegan substation for fish sauce, and after dipping in and out of various websites, I think I’ve got it: dried mushrooms and soy sauce, plus kombu if you have it, was the very satisfactory answer.

Kombu is a type of edible Japanese kelp, most often used to make dashi. Dashi is a flavorful savory base used for lots of soups, and broths, most familiarly to many of us miso soup. If used on its own, you can make a vegetarian dashi with kombu. (If used in combination with bonito (tuna) flakes, you have a more traditional non-vegetarian dashi.) You can order kombu online, and find it in Asian grocery stores.

To make vegan fish sauce, or really vegan “fish sauce”, all you have to do is simmer water, soy sauce, salt, mushrooms and garlic until reduced by half. Then add the kombu, cool, then cover and refrigerate for 24 hours. Strain, and store in the fridge for up to 1 month. The exact proportions are below (though they are somewhat flexible), and you and any vegans in your life will be happy to approximate the rich umami flavors of fish sauce.

Use it in Vegetarian Pad Thai, and also Thai Cucumber Salad  and Thai Green Beans instead of the soy sauce. 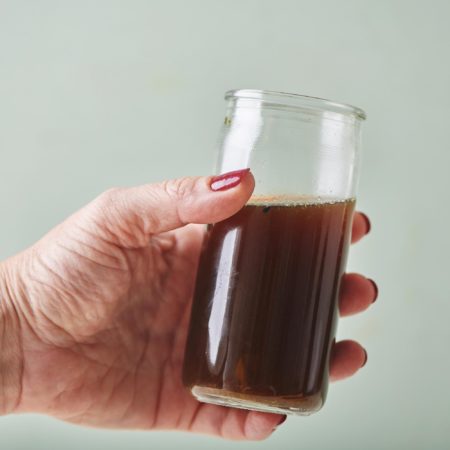