How to Cook Haricots Verts 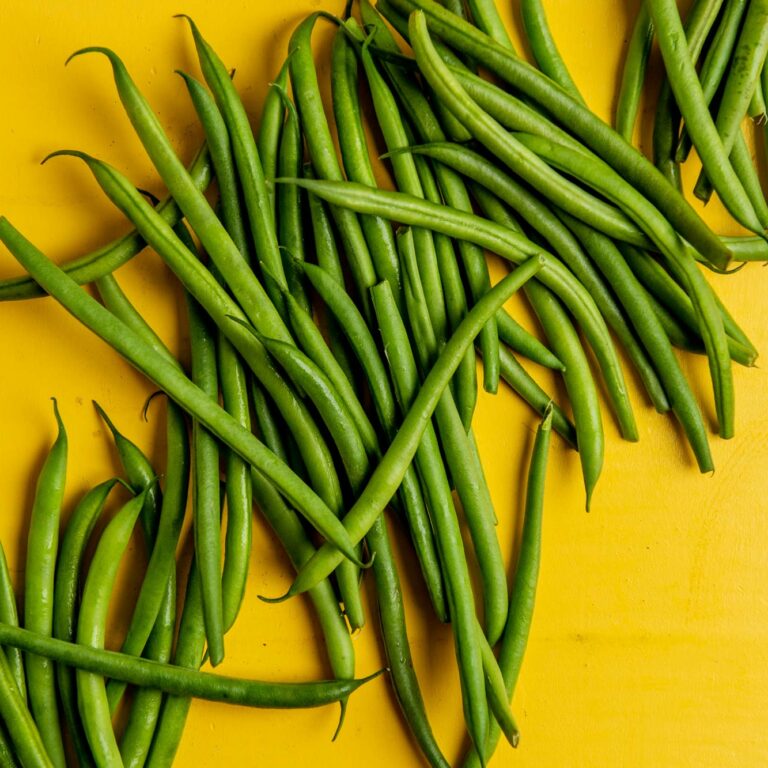 What Are Haricots Verts?

The big question: “What is the difference between string beans and haricot verts?”. The answer: Not a lot, yet a lot at the same time. “Haricot verts” literally means “green beans” in French. And from looking at them, they clearly belong to the same vegetable family.

Haricot verts look a lot like string beans but are longer and thinner, and often brighter and darker in color.  They also pretty straight, without the curve regular string beans have.

Where Can I Find Haricots Verts?

Haricots verts are often available in supermarkets, especially the more gourmet markets as they tend to be a more “luxury” product. Sometimes they are loose, sometimes they are packaged.  In season, they often can be found in farmers markets.

How to Cook Haricot Verts: Here’s everything you need to know about how to buy, store and cook haricot verts, plus 8 recipes!

How Do I Pick the Best Haricots Verts?

Haricots verts should be firm, crisp, and bright green.  Make sure they are free of wrinkles, brown spots and bruises.

The taste of raw haricots verts has often been referred to as “green”. That’s because they do have a fresh, clean, “green” flavor, significantly more than their string bean counterparts. But because they do taste similar to string beans and share the commonality of taking on versatile flavors of recipes, haricot vert can be used interchangeably with string beans.

How Do I Prepare Haricots Verts?

Haricots Verts are easy to prepare.  The ends that have a stem are where they grew from the bush/pole. Remove those by cutting the ends off. Then If fresh from a farmers market and there is dirt on them, give them a good rinse before using them in a recipe. Once clean and trimmed, they are ready to be and cooked with.

How Do I Cook Haricots Verts?

Much like string beans, haricots verts can be boiled, sautéed, steamed, or even microwaved. They can basically be used interchangeably with string beans in any recipe but cook faster so plan for that.

When are Haricots Verts in Season?

Haricots Verts are often available year-round at specialty markets and at well-stocked regular supermarkets, too. Their true season is July-September, and that is when they are most tender and readily available at farmers markets.

How Do I Store Haricots Verts?

Unwashed Haricots Verts can be stored in the refrigerator in an air tight container or bag for up to 7 days. If you wash them, they will last for less time as moisture will make them go bad faster. Raw Haricots Verts also freeze nicely but do wash and trim them before freezing.  If you really want to retain their texture and color for when you get around to cooking with them, give them a quick blanch in boiling water and let them cool before freezing.

Strong beans basically have the same nutritional profile as green beans.  They are very low in calories, they contain Vitamin, Vitamin A, and a whole lot of fiber.

Here are some recipes that use haricot verts. Sub them in for string/green beans whenever you like! 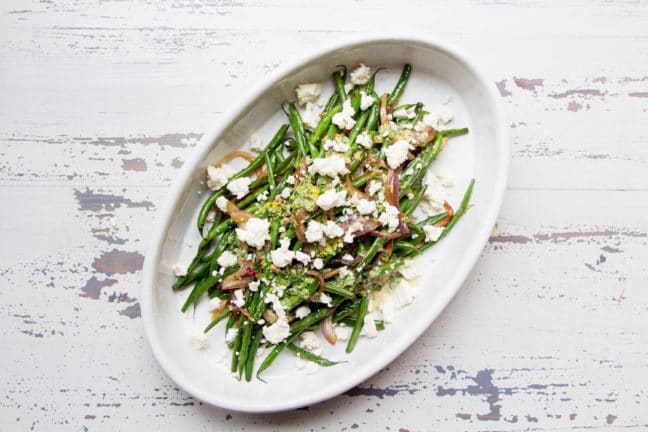 A step up from plain green beans.
Get the Recipe 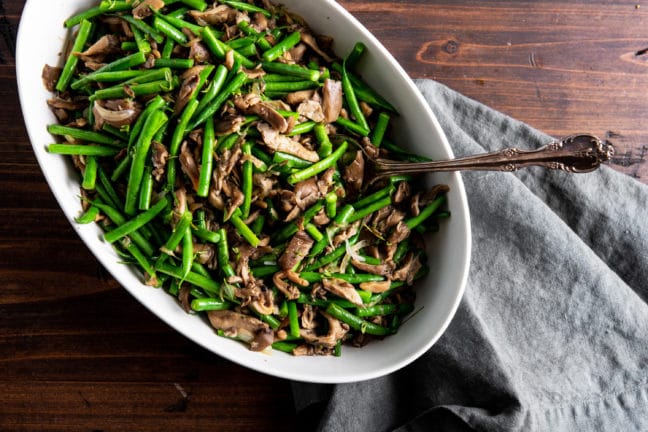 Green Beans and Mushrooms with Shallots

Sautéed green beans and mushrooms belong on pretty much any holiday table.
Get the Recipe 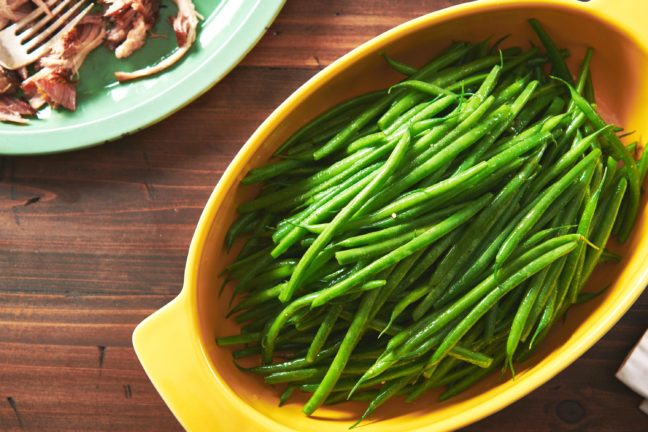 A simple (5-Minute!) honey mustard dressing transforms green beans into a flavorful side dish.
Get the Recipe 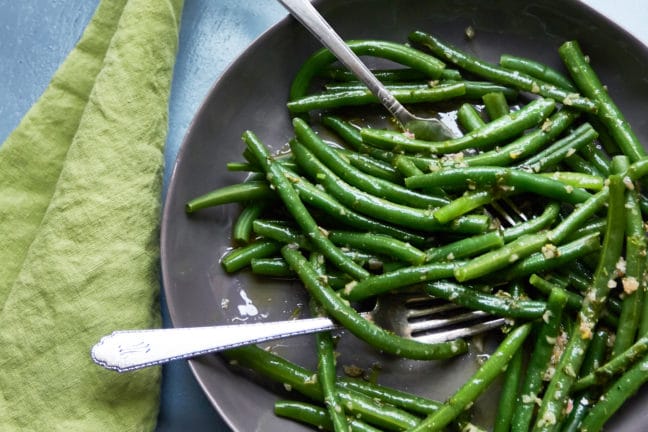 The dressing is bright and bracing and adds an extra layer of flavor to this simple green bean side dish.
Get the Recipe 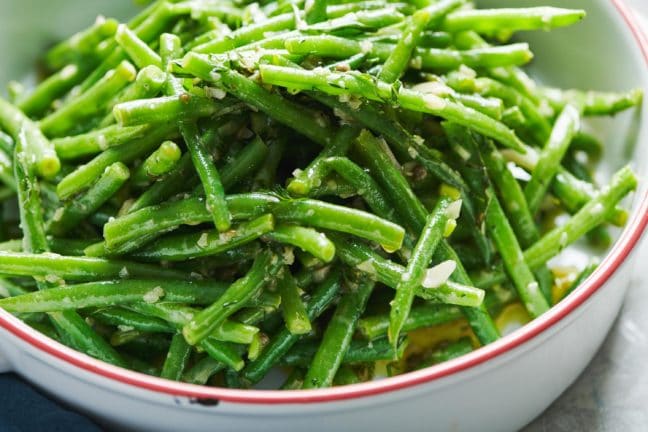 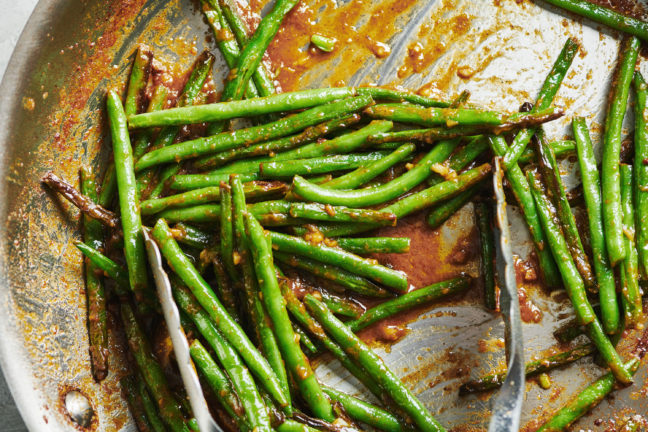 A simple miso-infused butter turns a pile of fresh green beans into an umami bomb.
Get the Recipe 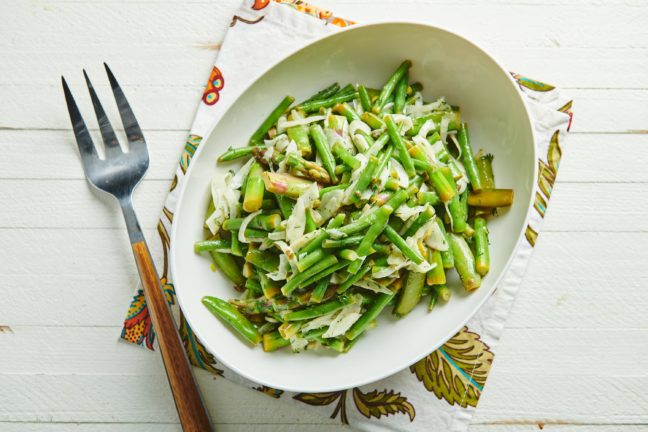 Simple, perfect, crisp-tender, goes with everything.
Get the Recipe

This is a fresh way to offer a healthy opener to dinner. Watch the basket come together!
Get the Recipe