A savory stew/soup for Ramadan, or any time you are in the market for something comforting. 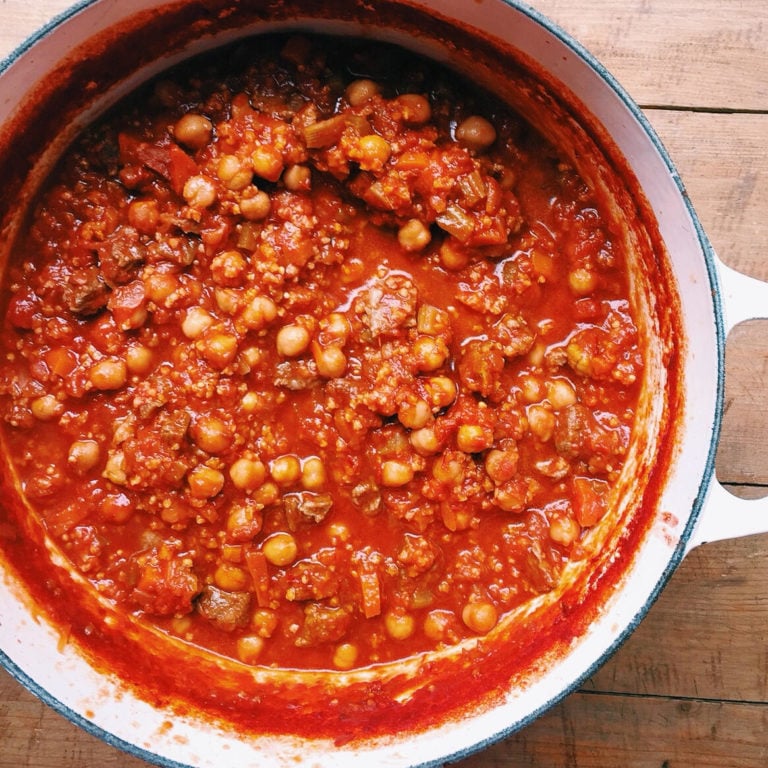 Truth: what I knew about Ramadan and the foods that are eaten to finish the fast on Ramadan could have fit into a grain of millet.  But it’s never too late to learn, and nothing makes a culture more accessible (in this writer’s humble opinion, which gets a bit more intensely fervent every day) that delving into their food and cooking, so that’s what I did.

Ramadan is an Islamic holiday that lasts the whole ninth month of their calendar year, and from dawn to dusk Muslims all over the world fast and spend extra time in prayer, with the intention is that this is a time of cleansing and reflection.

Muslims are permitted to eat an early morning meal, and break their daily fasts after sunset.  The end of the month-long holiday is celebrated during Eid al-Fitr, the festival of the breaking of the fast.  People often celebrate with a small sweet breakfast, and then the foods that are eaten vary widely, as the population of Muslims is quite spread out throughout the world.

One of the foods commonly eaten to break the fast is chorba, which means soup in Arabic. And like soups, chorbas can be made in infinite ways, though most often chorba is associated with a hearty Moroccan soup made from vegetables and chickpeas, usually with diced lamb, and some sort of pasta or grain.

Chorba is made all over the Middle East, Europe, Northern Africa, and other areas.  The vegetables vary, the spices vary, the meat varies – it’s one of those many dishes that has crossed many borders and morphed along with way.

I decided to use lamb, the classic meat for this soup/stew, and millet as the grain, which holds up nicely in soups and stews, retaining its texture and shape well.  Harissa is used in cooking and as a condiment by Moroccans, as well as other cultures, and it’s a wonderfully spiced chili paste that adds heat and complexity to all kinds of dishes.

So, while I don’t know a lot about Ramadan, I know more than I did a week ago, and I also know that my family is not to be sorry to see this soup appear on the table again, any month of the year. 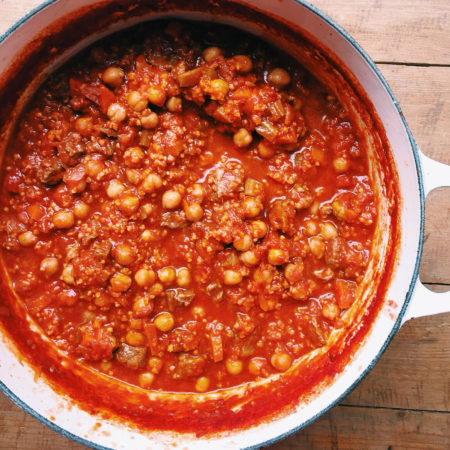 A savory stew/soup for Ramadan, or any time you are in the market for something comforting.
Yield: 8 Servings