Butter Chicken is one of the most popular curries of Northern India, well spiced but not spicy, with an addicting sauce. 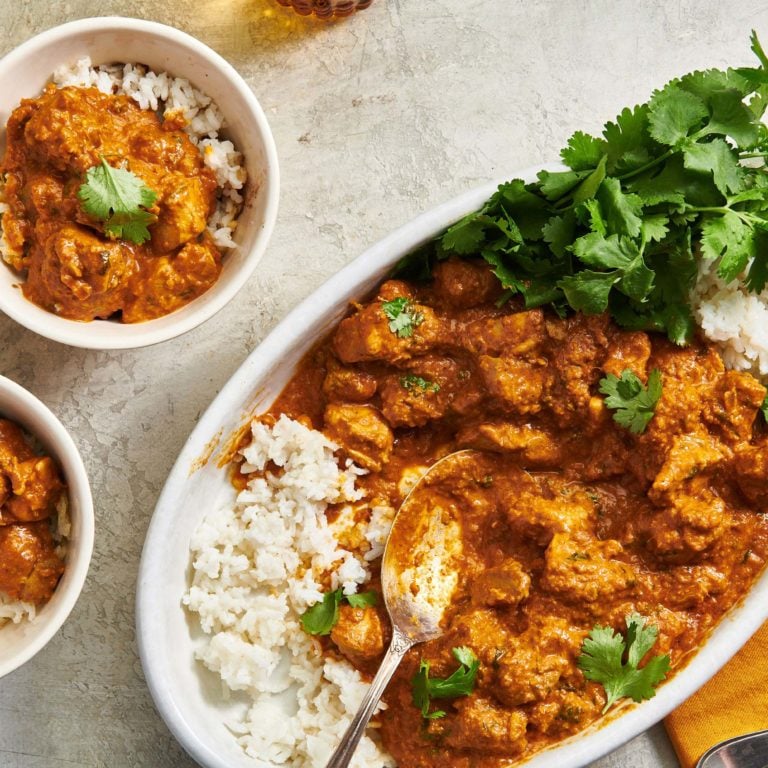 What is a Curry?

That is a very big question, and one which merits in depth and authoritative discussion – there are reasons entire books have been written about curry!

In short, curry is a term for a wide variety of dishes from India (and also some other Southeast Asian countries) which are characterized by a complex and layered combination of spices, and often a sauce. Cumin, coriander, turmeric, ginger, and chili peppers are mainstays of Indian curry blends, but then the different kinds of spices that can be included grows exponentially from there.

What is Curry Powder?

Curry powder, a blend found easily in U.S. supermarkets and all around the world, is actually a Western invention, attached to the British Colonial government in the 18th and 19th centuries. It’s really a shortcut product designed to allow those without large spice pantries or deep knowledge of Indian food approximate homemade spice blends.

Skilled Indian chefs are usually not big fans of commercial curry blend, but I think that whatever gets a cook to try his or her hand at Indian food is a-ok.

Having said that, I have some wild spice allergies, and can’t feel safe with prepackaged spice blends, so I always make my own.

Curries may container meat, poultry, vegetables, fish, vegetables, a combination of some of the above. Curries may be wet or dry, though most commonly they have some sort of sauce. The term curry extends to dish outside of the Indian Subcontinent, Southeast Asian countries in particular, but that’s a whole other topic (think coconut milk curries).

Now, over to Butter Chicken.

Butter Chicken (Murgh Makhani): Butter Chicken is one of the most popular curries of Northern India, well spiced but not spicy, with an addicting sauce.

Butter Chicken is one of the most popular curries of Northern India. It’s well spiced but not spicy; people get nervous about curries being uncomfortably hot but that just isn’t the case here, and with many recipes.

The spices can vary (this is the story of all curries!) but the ones I used are some of the classics in butter chicken: fennel seeds, cumin, cinnamon, fenugreek, bay leaves, coriander, ginger, turmeric, cloves and cayenne. But every Indian cook will have their own combo.

FTC Disclosure: As an Amazon Associate I earn from qualifying purchases.

The chicken is finished in a tomato-based sauce enriched with butter and cream, and it is addicting. Bay leaves and a cinnamon stick add additional flavor to the sauce. I added the fenugreek and a touch of sugar thanks to the advice or Indian restaurateur Roni Mazumdar of the restaurants Adda Indian Canteen, Rahi, and The Masala Wala in New York City. I happened to be talking with him right after I made my first butter chicken, and he mentioned the dish, so of course I tapped him for his thoughts.

He says, “the bitterness from the fenugreek opens up your taste buds so that you can taste the spices and the salt, and the sugar better. Balancing the sugar with the salt – that’s what matters most. It brings the dish to a more authentic space.” The touch of sweetness is what makes the sauce so perfectly balanced. I made the dish again with these adjustments, and have been grateful for Roni’s tips. 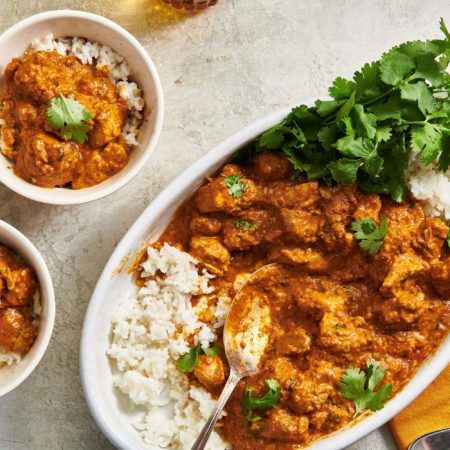