It’s not the complicated recipe creation that makes me feel happy and proud so much….it’s the easy ones. 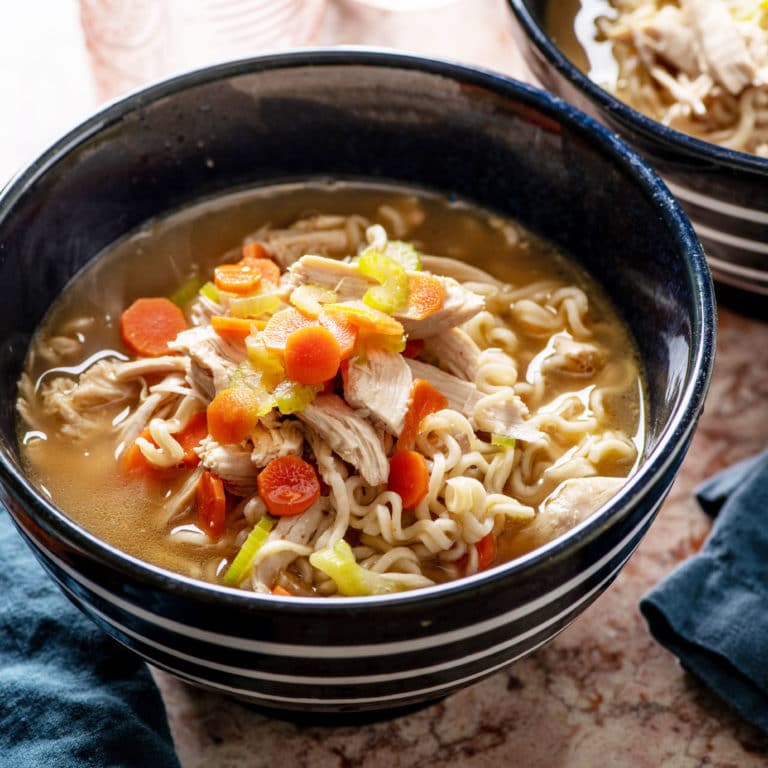 It’s not the complicated recipe creations that makes me feel happy and proud so much….it’s the easy ones.  The shortcuts that make me say, “Man, why didn’t I think of that sooner?”

There is a recipe for a Pretzel Cheese Snack in Dinner Solved! that is a perfect example.  I was trying to figure out some good snack thoughts for the kids, and trying to figure out how to make pretzels – one of the most popular and truly least nutritionally exciting snacks on the planet — into something a little more substantial.

I decided to layer in a small piece of cheese between two pretzels, and then heat the little stacks in the oven so that the cheese would melt, and the whole thing would stick together into the mini pretzel “sandwiches”.

It worked, the kids loved them, and it ended up in the book.  My editor, Suzanne, who has edited everything from The Silver Palate Cookbook to little old me, though this was one of the cleverest things ever.  This is a woman who helped launch Chicken Marbella into the world.  I’d say that is a sound endorsement for the celebration of simple ideas.

So, I have been making shortcut chicken soups forever—enhancing boxed broth with chicken, using rotisserie chickens, using matzoh ball mix, etc.—but this time I pulled together every single one of my shortcuts, and added one more: ramen noodles.

You simply simmer the bones and skin of a rotisserie chicken (everything but the meat, which you shred and save for the soup itself) in some broth, all on their own, or with the addition of a few chunks of carrot, celery and onion if you feel like taking one extra step.  Then you strain the broth and add cooked ramen noodles, boiled in water without the salty little packets of chicken flavored powder.

The Easiest Shortcut Chicken Ramen Noodle Soup pulls together a slew of clever shortcuts for a perfect chicken noodle soup.

When everything comes together there will be nothing to hear at your house but the sound of people slurping up one of the easiest chicken noodle soups you’ve ever made (or kind of assembled).

And guess what?  If you wanted to murder this shortcut idea, and skip the carrots and celery you could go right ahead. 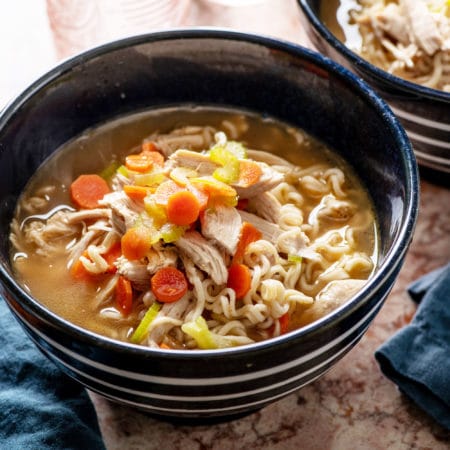 It’s not the complicated recipe creation that makes me feel happy and proud so much….it’s the easy ones.
Yield: 4 People