What's orange and brown and chocolatey all over? 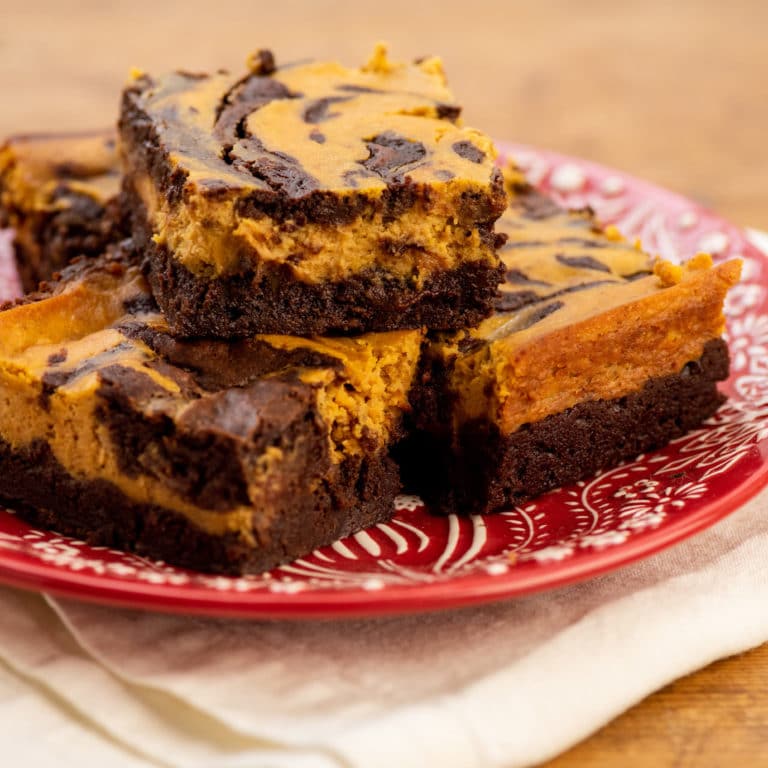 I decided to take my favorite brownie recipe, the one I published in The Mom 100 Cookbook a handful of years ago, and turn them into something that says “Hi, pumpkin season, how’ve you been?”

The bottom layer is a fudgy brownie, dense, and with a serious hit of chocolate.  The top layer is a creamy pumpkin cheesecake, scented with those great fall spices.  Then a bit of the brownie mixture (which you will reserve) is dolloped on the top and swirled into the cheesecake mixture for a beautiful brown and pale orange marbled effect.

These are beautiful, they are thick, they are rich, and they are the kind of dessert where you’re going to end up feeling pretty pleased with yourself.   It’s a dessert to impress, with no fancy baking techniques required.

These brownies would be great to bring to a Halloween party (though I will admit the idea of bringing a dessert, even one as super-seasonal and color coordinated as this one perennially strikes me as odd…aren’t we all just intent on riffling through our children’s bags?  To me a little collection of “fun-sized” candy bars trumps a brownie on Halloween.  Even a brownie that I love as much as this one.)

You can store these at room temperature in a tightly sealed container for a day, or in the fridge for several days.   You could also wrap them tightly in plastic wrap, then slip them into a freezer-proof zipper top bag and freeze them, I think for about 3 or 4 months.

Pumpkin Cream Cheese Brownies: the bottom layer is a fudgy brownie; the top layer is a creamy pumpkin cheesecake with fall spices. 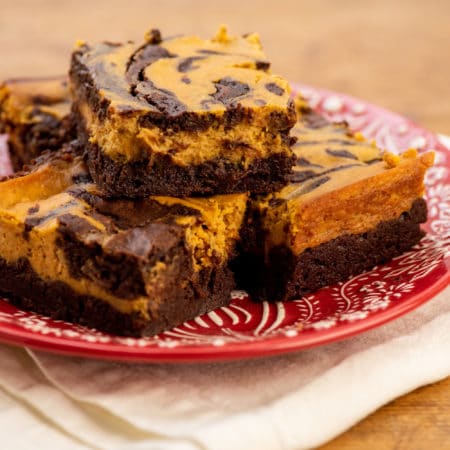 For the Pumpkin Cheesecake