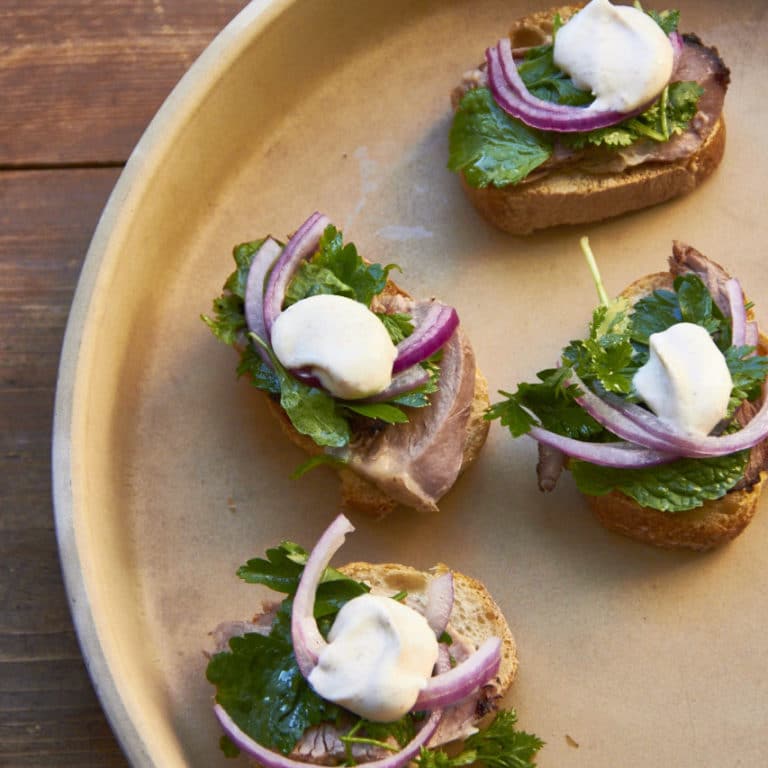 Don’t you feel annoyed when recipes start out by saying “this ingredient list may look long, but it’s really easy to put together.”  I’m a recipe writer and a professional cook, and if I find this irritating, I can only imagine others do, so I can’t say it here, I guess (but I’m thinking it).

This may feel elaborate, but it came about because I had leftover lamb, leftover herbs, a tub of luxurious crème fraiche, and I had offered to bring an appetizer to a friend’s election night party (not knowing that the word “party” would get twisted into a whole other meaning).

Here’s how I would simplify it if you don’t happen to have a bunch of chervil lying around (which is my favorite herb of the month; chervil and I are having a long overdue moment.)  I would make the crostini, slice up lamb and put it on top, then toss a handful of arugula and ANY herb I had lying around with some lemon juice, olive oil and salt, and pile a little bit of that over the top.

Then if I had some plain yogurt or sour cream or crème fraiche I would add a pinch of either cumin or coriander or both, salt and pepper, and put a teeny dollop of that on top.  That’s what I would do. 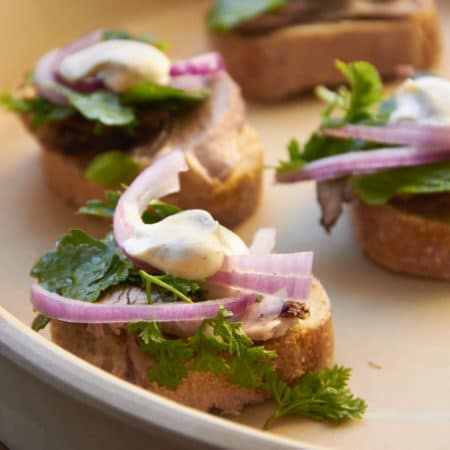 For the Herb Salad

For the Spiced Crème Fraiche