One of the ultimate comfort foods in our house—the creamy, cinnamon-ey, milk-rich dessert just makes us feel better no matter what is going on. 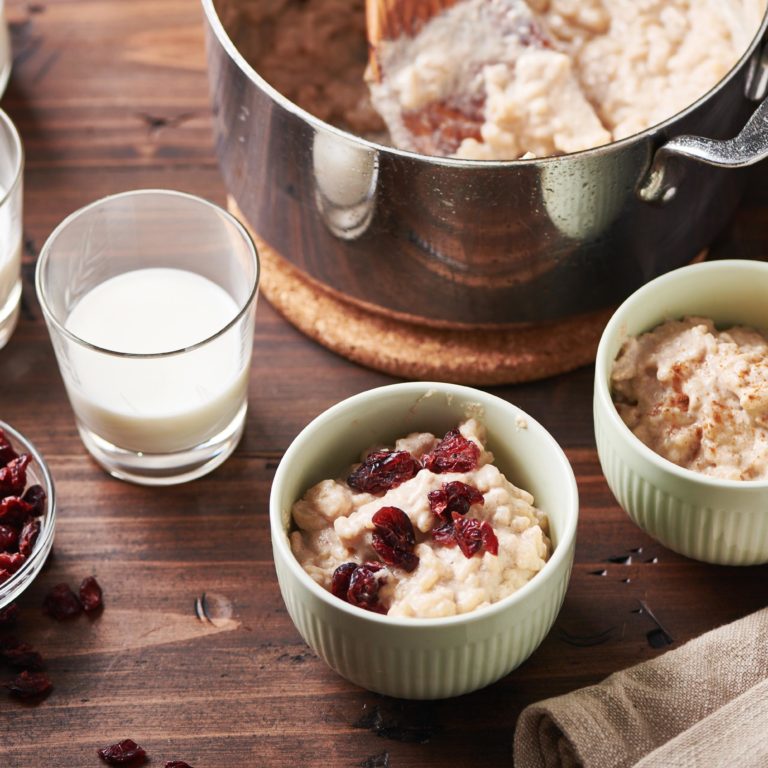 This post is in partnership with Milk. Love What’s Real – all opinions are my own.

When Charlie was very young, I remember him looking up from a book he was reading and asking, “What’s tapioca pudding?”

What’s rice pudding?  Oh, wow, I realized immediately that I had been terribly neglectful in my basic-desserts-you-need-to-know responsibilities.  This is like not knowing where eggs come from.

But it was easily remedied, and creamy rice pudding instantly cemented itself into one of the fan favorites in our house, especially with the boys.  It’s so simple to make; the hands on-prep time is minimal, though it does take a bit of simmering on the stovetop.  But it smells so fantastic while it’s cooking that the cooking process is thoroughly pleasurable as well, and I find something very soothing about the way the rice plumps up and softens as it absorbs the milk and turns super creamy.

Any time someone has something that needs bettering in our house, this is one of the first dishes I turn to.  It might be a plain old cold, it might be a painful dental moment with tightened braces, it might be a disappointing test grade – but there is pretty much nothing that a small bowl of rice pudding cannot solve.

I am happily partnered up with Milk. Love What’s Real, the organization that represents America’s dairy milk companies, which is probably the number one food/ingredient in our house at all times.  Running out of real milk is as rare as a lunar eclipse for us – mornings couldn’t start without it.

Other than rice, milk is the primary ingredient, and the reason this is such a soul-satisfying dessert.  So, which kind to use?  1%, 2%, whole milk…?  It’s pretty straightforward; the higher the fat content, the richer the final dish will be.  But for this dish, and for any other dish where milk is uses in large quantities, I like to get the best of both worlds by choosing something in the middle.  2% is my go to milk for rice pudding, just lush enough to give the pudding some depth of flavor and richness, but with a restrained fat content, so I can justify a bigger serving.

This can be served warm or cold.  You can either let it simmer away while you eat dinner (jump up and stir every once in a while), and enjoy it warm fresh from the pot, or you can make it ahead of time, and serve it chilled.  It’s great both ways.

The brown sugar gives it a slightly caramelly note, but you could also use granulated sugar if you prefer a whiter pudding, or that’s what you have on hand.

While my boys like it best unadulterated, raisins are a very common addition to rice pudding.  Sometimes instead of raisins I like to play around with other dried fruit like raisins, dried cranberries or dried cherries.  You can also just stir them in or sprinkle them on at the end into individual bowls; they just won’t plump up as much as if you cooked them in the pudding) 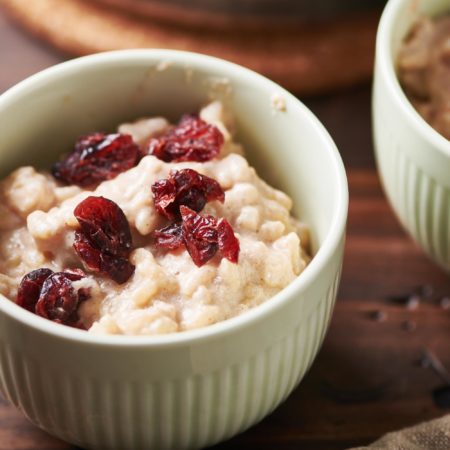 Head to MilkLife.com/milk-love-whats-real to learn more about the different types of milk for you and your family.