How to Cook Parsnips 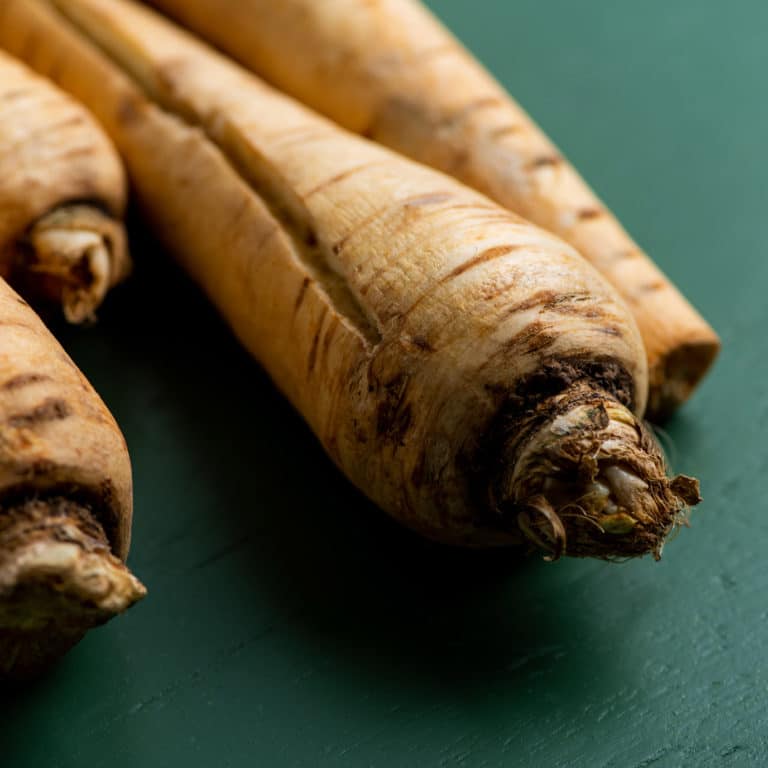 You may know exactly what a parsnip is and how to use it….or you might not. This is about to change!

The parsnip is a root vegetable related to both carrots and parsley (and come to think of it, don’t the tops of carrots look a lot like parsley?)

They look much like pale carrots. They are shaped very similarly, a bit wider at the base, with a creamy yellow-beige skin and interior.

How Do I Know Which Parsnips to Buy?

Parsnips should be smooth, hard and free of soft spots or sprouts, and they are best when harvested young so they don’t develop a woody core. Smaller parsnips are usually younger, and make sure to avoid any that are bendy and not quite hard, or that have any shriveling or brown spots.

If they have lots of little feathery roots sticking out then they might not have had enough water when growing, so avoid parsnips that look hairy.

Sometimes they are sold loose; sometimes they are packaged in bags. Their tops will probably have been trimmed off, as they begin to wilt after a few days. If you see perky green tops, then you know they are super fresh (you might see this at a farmers’ market).

Where Can I Find Parsnips?

You can find them in farmers markets in season and supermarkets, usually near the carrots, or other root vegetables.

The flavor of parsnip is like that of a sweeter carrot. When raw, they actually don’t taste like much, but when cooked a natural sweetness comes out and they taste more like a pronouncedly sweet sweet potato. Parsnips harvested in the Spring tend to be sweeter than parsnips harvested in early winter.

How Do I Cook Parsnips?

Parsnips should be scrubbed with a brush under running water or peeled before eating (unless they have a very thick skin, try to leave it on).  They are usually cooked but can also be eaten raw.

Parsnips can be used in the same ways as carrots, though if you are subbing them in for carrots you should take into account the higher level of sweetness, and adjust the recipe accordingly.

They are a classic ingredient in some chicken broths and soups, and can also be baked, sautéed, steamed, mashed or pureed, roasted, used in stews, and fried, like most root vegetables.

How Do I Store Parsnips?

Refrigerate them unwashed in a plastic bag for up to 10 days.

When Are Parsnips in Season?

Parsnips are harvested from Fall through Spring.

Yes!  Parsnips have a lot going on nutritionally, filled with vitamins, high in the minerals potassium and manganese, and a good source of fiber.

The parsnip is a root vegetable with a flavor like a sweeter carrot. Here are delicious parsnip recipes to make while they’re in season. 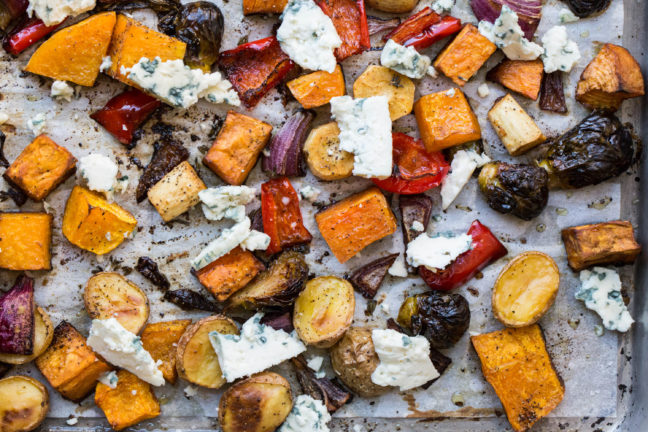 Just when you thought roasted vegetables couldn’t get any better.
Get the Recipe 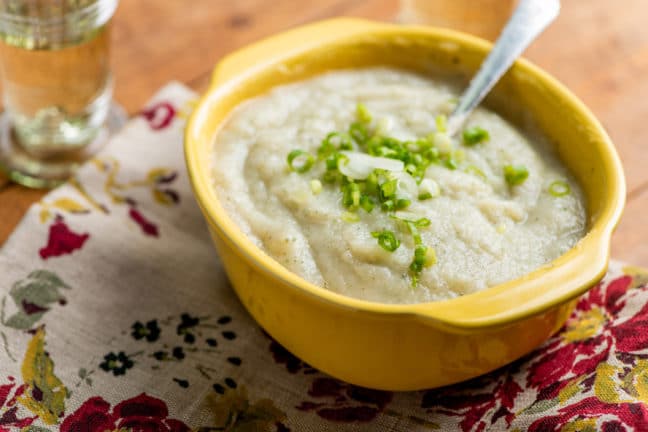 Earthy, with a touch of sweetness, and very simple to make.
Get the Recipe 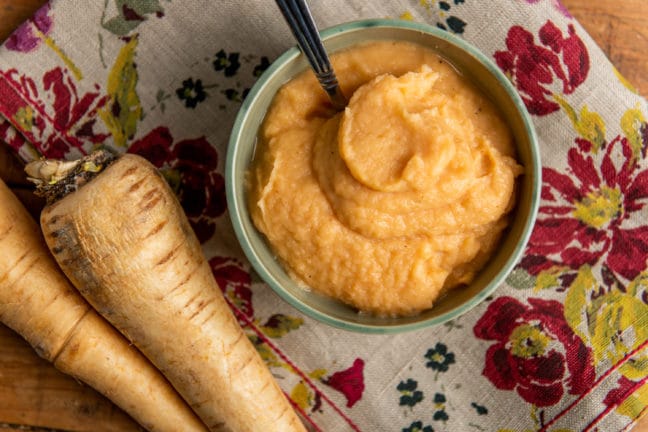 A little bit of heat, a nice earthy flavor, a pretty alternative to mashed potatoes.
Get the Recipe 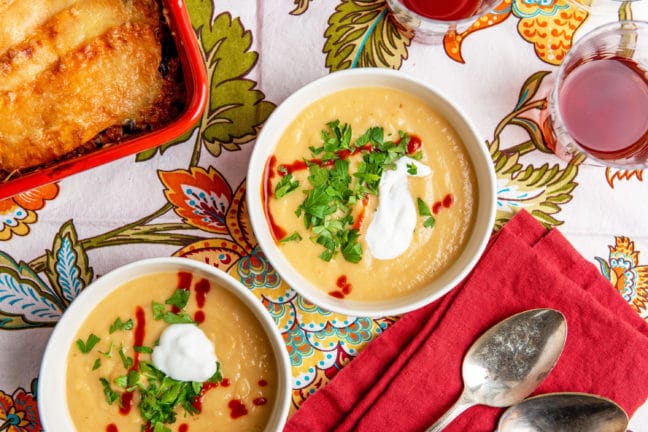 A beautiful, creamy, soul-soothing root vegetable soup.
Get the Recipe 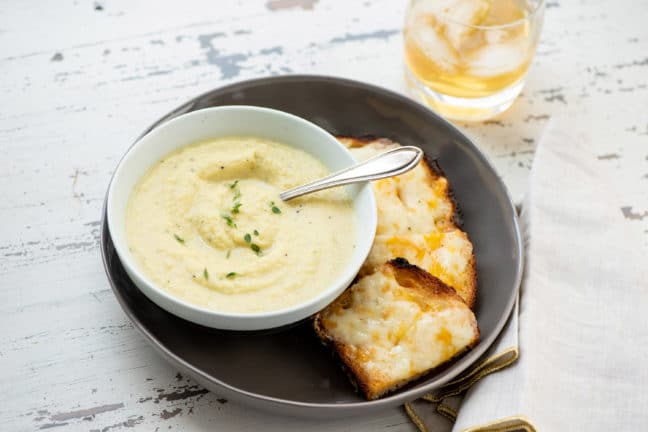 Deeply golden in color, deeply flavorful in taste.
Get the Recipe