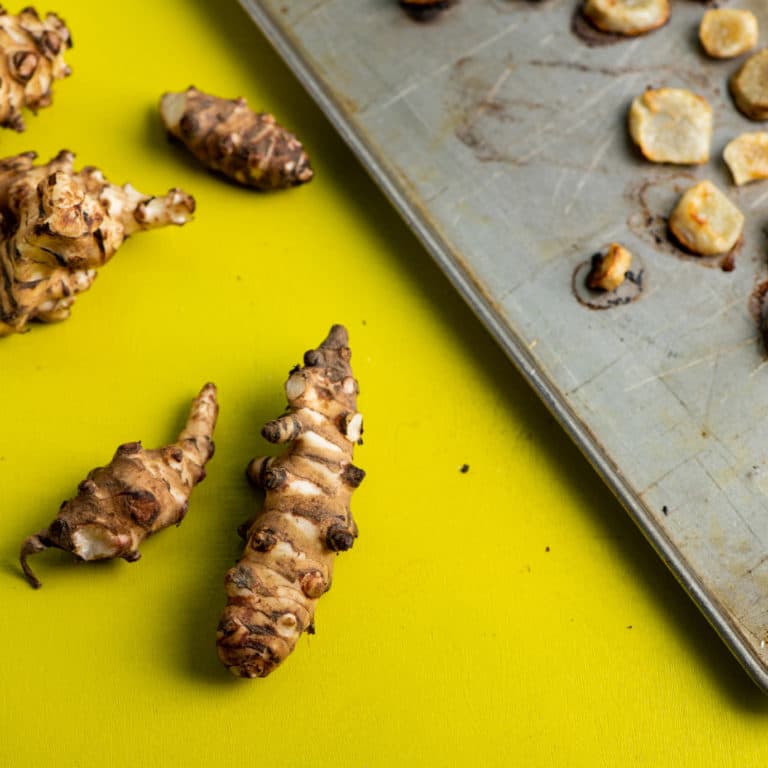 Roasted Jerusalem artichokes (also known as sunchokes or sunflower chokes) are tubers, with a resemblance to fresh ginger.  They are nutty and earthy, with a hint of sweetness, and a slight hint of artichokes.  they taste like potatoes that went to college

You can mix them and roast them with other root vegetables, such as potatoes, butternut squash, or parsnips.  You can use them much as you would a potato (including cooking and mashing them with potatoes), or how you would use cauliflower.  Jerusalem artichokes can be peeled or simply scrubbed.

I had never cooked with them before, but tried them in a restaurant and really like their flavor.  I don’t know if you’ve heard rumors about them making you….uh…gassy….but I guess that true if you eat a lot of them, or eat a decent amount of them raw.

So here they are roasted up, and they are delicious, but what I then did (and of course didn’t take a photo of, because why should I be that organized?) is mix them with some roasted potatoes. The little nuggets of golden potatoes were slightly bigger in size than these smaller nuggets of sunchokes, but they made an amazing mix.

The fun part was that when you stabbed a couple with your fork you didn’t know if there was going to be sunchoke mixed with your potatoes or not.  This is my idea of fun.  This is the boys idea of an opportunity to roll their eyes at me.

Other Roasted Vegetable Side Dish Recipes: 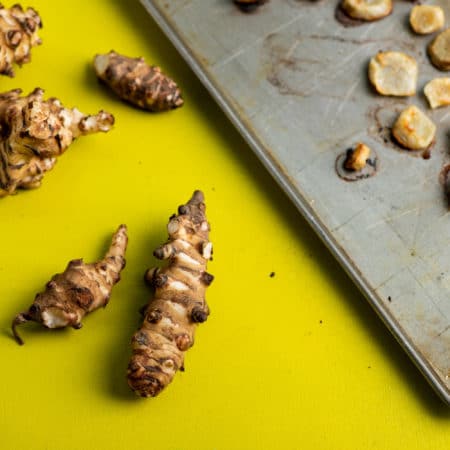