How to Cook Vidalia Onions 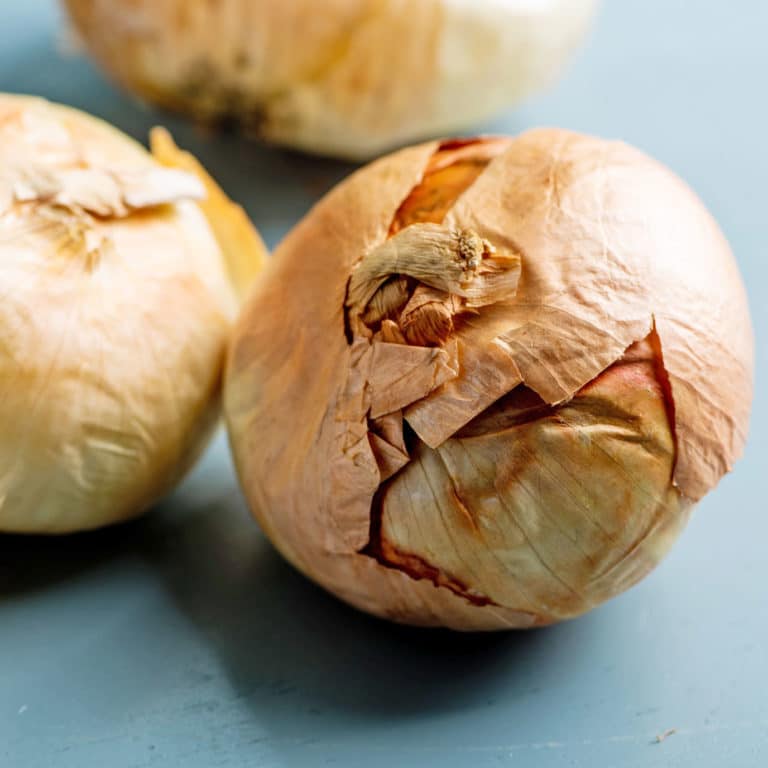 Vidalia Onions are one of the most delightful members of the onion family. Get to know them, especially if you are a person who find the sharp strength of many other onions a bit overpowering.

What Are Vidalia Onions?

They are a form of sweet onion, though not all sweet onions are Vidalia. Vidalia come from Vidalia, Georgia (or thereabouts), and there are other sweets onions, such as Maui Maui from Hawaii, and Walla Walla from Washington State. They can be used interchangeably – more sophisticated onion connoisseurs can probably tell the difference between the varietals, but not me.

How are Vidalia Onions Grown?

Amazingly Vidalia are still hand planted and harvested, and have been even since they were originally discovered and cultivated in the early 1930’s. They are grown in low sulfur soils, which prevent them from getting too strong in taste.

Vidalias began as a happenstance accident, just a crop of Georgia onions that were much less spicy than usual. But now they are cultivated in 20 counties and were given official legal status in 1986. The specific combination of weather, soil, and water is what give Vidalia onions their unique flavor. They are now the official state vegetable of Georgia!

Will I Cry When I’m Slicing Vidalia Onions?

Probably a lot less than with regular onions, since they are much less pungent. Another big perk of Vidalias!

Vidalias look like yellow onions, only on the larger side, and fatter and squattier. Sometimes you will see them labeled jumbo Vidalia onions, and those are onions that are at least 3-inches in diameter, to differentiate them from their smaller Vidalia cousins.

Much less potent and sweeter than red, yellow, or white onions, which is why they are often used in larger quantities, and liked by people who find most onions a bit overpowering.

How Do I Use Vidalia Onions?

They can be cooked in the same way as other onions – sautéed, caramelized, boiled, roasted, and so on—and so can be used in any recipe that calls for onion. Just know that the flavor I much milder, so you may want to either bump up the amount, perhaps add a bit of minced garlic to enhance the flavor, or just know you will have a milder dish.

They are terrific for onion rings, in any raw preparations (salads, on burgers and sandwiches), all kind of grilling, kebabs, recipes that call for loads of sautéed onions, and for any dish that involves a baked onion.

Which Vidalia Onions Are Best to Buy?

Look for Vidalia onions in the produce aisle, or of course in farmers markets. Pick ones that are quite firm (their high sugar and water content means that they spoil faster than regular onions, and can also bruise more easily). You don’t want any soft or wet spots, and the outer paper should be dry and flaky.

How Do I Store Vidalia Onions?

Vidalia onions have a high sugar and water content, so they are not quite as hardy as other types of onions. They can be stored in a cool dry place for weeks, possibly months if it’s cool and dry enough. Storing them in the fridge is ok, but since the fridge has moisture trapped in it, wrap each onion in a paper towel and store in the vegetable or crisper drawer.

If you buy them in a mesh bag, with a knot tied in between each onion, that is a perfect way to store them. Or, if you prefer, you can chop or dice them, spread them out on a tray and freeze them, then transfer them to an airtight container or zipper top bag for up to a couple of months.

When Are Vidalia Onions in Season?

Vidalias are in season mid-April through August or September. They are harvested in the spring, are all in storage by around the beginning of July, and depending on how big the crop is, you will be able to find them into early fall.

Vidalias have 15% of your daily recommended value of vitamin C and 3 grams of fiber. Because of the higher sugar content, compared to other onions, they also have 60 calories per onion and 16 grams of carbs.

Vidalia onions can be cooked in the same way as other onions and so can be used in any recipe (like the ones below) that calls for onion. 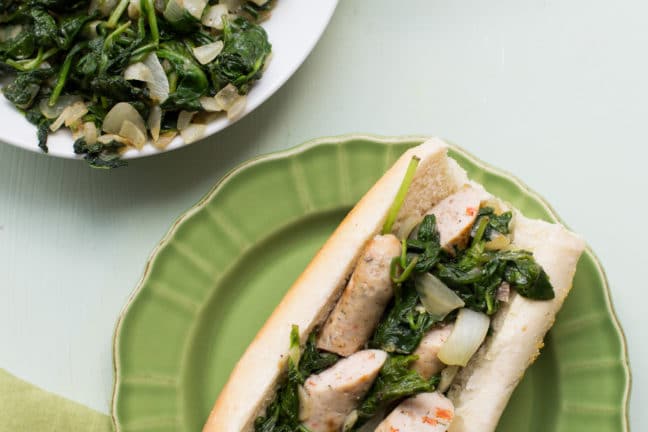 Sometimes you just need a SANDWICH.
Get the Recipe 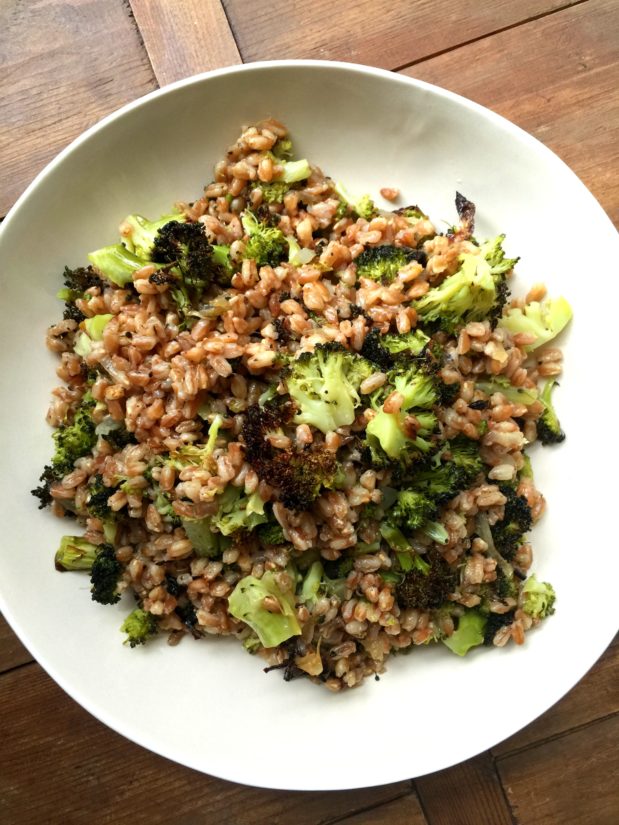 A simple and highly satisfying side dish.
Get the Recipe 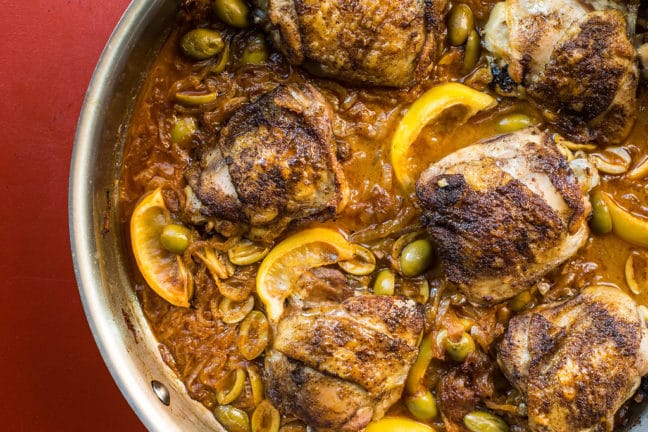 Tender and definitely hitting all those high notes of Mediterranean deliciousness.
Get the Recipe 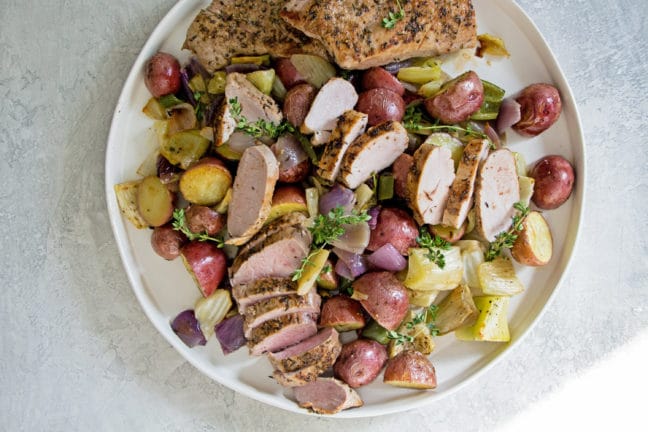 Yet another moment where a pork loin, or a pair of pork loins in this case, make dinnertime just so very easy.
Get the Recipe 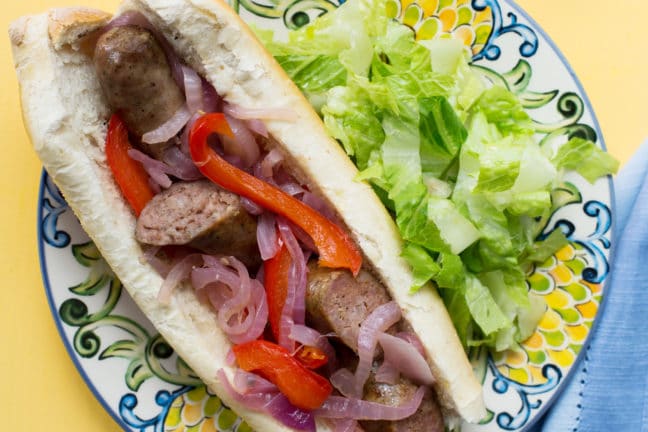 The sandwich we all gravitate towards at street fairs, state fairs, anywhere someone is selling them.
Get the Recipe 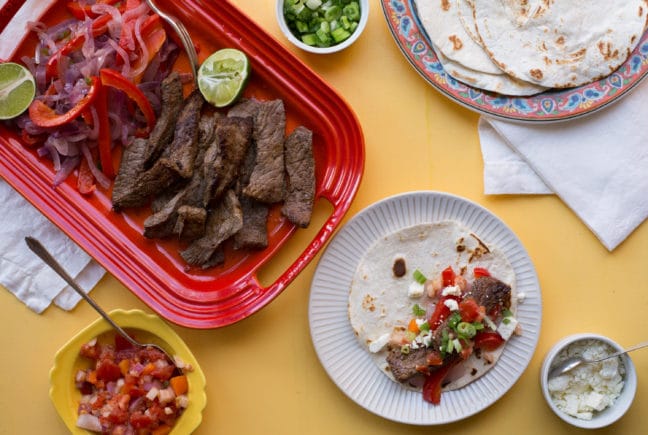 There will be no orderer's remorse for you, not today. This is what you really wanted.
Get the Recipe