How to Cook Persimmons 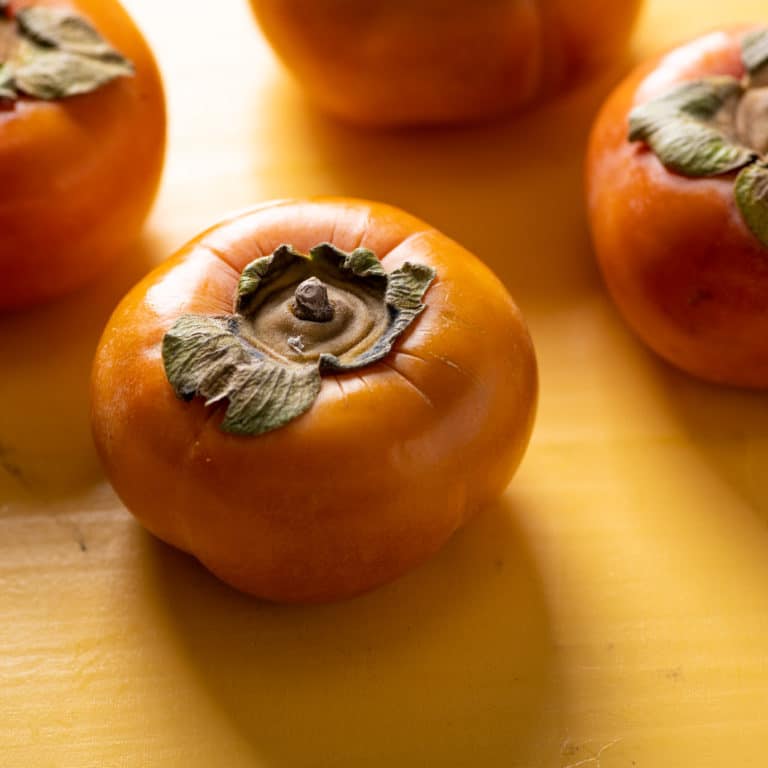 How to Eat a Persimmon

Persimmons are high on the list of “what exactly is this?” and “what do I do with it?” fruits.

But these questions have answers! Delicious answers.

What Is a Persimmon?

Persimmons are edible fruits, native to China and Japan. They are actually botanically berries that grow on trees, and look very similar to tomatoes. If you’ve ever grabbed one, and thought “well, this is a kind of pale tomato, but I’m going to use it in the salad anyway” and then realized that you were using a persimmon instead, you are not alone.

What Are the Different Types of Persimmons?

There are several types of persimmons. The two most common varieties are the Hachiya (also known as the Oriental or Japenese Persimmon) and the Fuyu.

What Are the Difference Between Hachiya and Fuyu Persimmons?

The short answer is that Fuyus are usually eaten unripe (crunchy) and Hachiyas almost always need to be eaten fully ripened and soft. See below for more details!

Hachiya persimmons are usually oblong or round, sometimes with a pointy base. When ripe, the color ranges from a fairly bright orange to a darker orangey red.

Fuyu are the most common, usually smaller, squatter with flat bottoms, and look kind of like orange tomatoes with an indented leaf on top.

What Should I Look For When Buying Persimmons?

Smooth taut unblemished skin. For Hachiyas, you want a bit of give, or even softness. If they are hard, they are unripe, and not yuet ready for eating, though they can be ripened on the counter at home. Fuyus should be firm, unless you are definitely planning to let them ripen further.

Black specks on the skin or inside the fruit are fine to eat. Avoid persimmons with significant black spots on them – they won’t be harmful, but they are less appealing.

If Hachiya persimmons are not yet ripe, they are unpleasantly tart/astringent. When ripe the flavor is tangy-super sweet, and the texture is very soft and creamy.

The taste of fuyu persimmons has been described as a sweetened pear with a hint of date and cinnamon.

How Do I Eat and Cook with Persimmons?

Hachiya persimmons must be super ripe—almost mushy—before eating, otherwise your mouth will form itself into an involuntary pucker. The pulp of ripe Hachiya persimmons can be scooped out of their skin and eaten straight, or used in all kinds of baked goods, sorbets, sauces, and puddings.

Fuyu persimmons can be eaten ripe or unripe, straight as is (sliced like an apple), or in various dishes, though they remain fairly firm even when ripe. Unripe they have a crunchy texture, and as such can be diced and added to vegetables and grain salads, salsas, or sliced on a cheese platter. Avoid the black seeds,

Ripe they can be used like Hachiya, especially if they are cooked down into a puree first, and also be baked in dishes like cobblers or crisps, or even candied.

Is It Ok to Eat the Skin of a Persimmon?

Yes; but most often the persimmons are scooped out or peeled. It’s a matter of preference, though. When you cook with them, it’s best to peel them.

How Do You Store Persimmons?

You can store Fuyu persimmons for up to a couple of months in a cool, dry place.

Store Hachiya persimmons at room temperature. The pulp of ripe Hachiya can be frozen for future baking projects. Measure it in advance, and mark the amount on the freezer proof bags or containers so you know exactly what you are defrosting (though I think I will try a persimmon smoothie this holiday season, and use the frozen pulp!)

Everything you need to know about choosing, storing, ripening and preparing this delicious and accessible Asian fruit (including the difference between Hachiya and Fuyus!).

How to You Ripen a Persimmon?

Both Hachiya and Fuyu can be ripened on a counter. They will take between 3 and 5 days usually, though you can speed up the process by placing them in a paper bag and folding over the top – then it might take as little as 1 or 2 days, if they were not that unripe to start with (this also works with avocados!). To make the process go even faster, store them in a bag with a ripe banana!

When Are Persimmons in Season?

Persimmons are in season mid-fall through the winter.

Persimmons contain nice amounts of fiber and vitamins A and C, plus antioxidants.

Also see How to Prepare and Cook: