Preserved lemons are a fabulous and singular ingredient used most often in Moroccan and Middle Eastern cooking.  They feel very exotic, but are really easy to make at home. 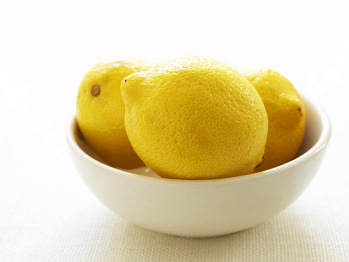 What are Preserved Lemons?

Preserved lemons are a fabulous and singular ingredient used most often in Moroccan and Middle Eastern cooking.  Unlike the way we use lemons most often in this country (utilizing the juice and/or the zest of the citrus, tossing the rinds) with preserved lemons the rind is what is used instead, having softened and essentially picked due to its long soak in a juice and salt brine.

You need to rinse the lemons well before using them in recipes.  You can use the pulp as well as the rind, but do note that the pulp will be quite salty, despite rinsing it in water, so add any other salt very judiciously.

I have wanted to make these for the longest time, and just never gotten around to it, simple though the recipe is.  Part of it was the fact that for those who us who are fond of immediate gratification, these don’t offer much in that department.  And also every time I felt like making them it was because I saw them in a recipe that I wanted to make that very instant (frequently some variation of chicken with olives and preserved lemons), and it was too frustrating to imagine waiting.

But I got over it, and in 5 minutes had a jar of lemons marinating away in the salt and juice bath, and now about 4 weeks later my preserved lemons are open for business.

How Long Do Preserved Lemons Last?

They last for up to 9 months, so the perseverance and patience will pay off for weeks and weeks.

The flavor is still that of a lemon, but more muted, and the rind will have softened quite a bit, and have a nice gentle chewy texture.

How to Use Preserved Lemons

I’m so excited to use them (finally!) in that chicken dish with olives.  And I plan to use the rest in pasta dishes, ceviches, grain and vegetable salads, fish dishes, roasted vegetables, on flatbread….anyway, I’m clearly excited as you can see.  My first dish was a salmon with preserved lemons and green olives (recipe coming), and then I made broccoli rabe with preserved lemons (recipe also on its way) and fell completely and totally in love…stay tuned, there will be more to this story.

Meyer lemons are great for preserving if you can find them, as they have thinner skins, and less of the bitter white pith than regular lemons, but either will work.

Some cooks also like to layer in spices to the brining mixture, such as cinnamon sticks, bay leaves, cardamom, cloves, vanilla beans and peppercorns. Make one batch plain, then see how you want to experiment.