Simple and healthy, but pretty and elegant as well. 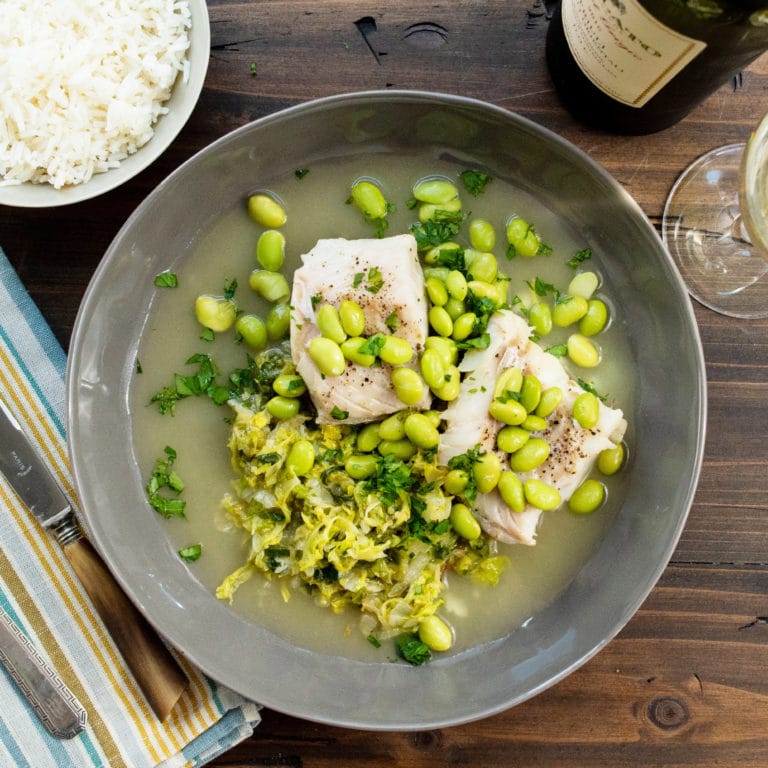 We were late to the Downton Abbey game, my family was, but what we lacked in timing we made up for in zeal. We slammed down the first three seasons over the course of a couple of months in what felt like the equivalent of a chugging contest (do you remember the scene where Tom’s brother comes and asks for a beer? And Mr. Carson acted as though he had asked for a bottle of Jagermesiter and a funnel?).

And then, with the rest of the fans, we waited for the next season to start. We waited and life certainly went on as normal, but suddenly January 5th was upon us and the waiting was over.

In the hours before Season 4 started (obviously several years back now) I was asked by a few people what I was making, and whether there was any Downton Abbey inspired food in my book or on this blog. I was chagrined to say no. But I did want to make something to eat while we watched, something that felt would make Mrs. Patmore proud.

I had bought some lovely Alaskan cod (#askforAlaska) and I wanted to make something that felt light and elegant. Because clearly the “upstairs” women on Downton Abbey are always and only eating things that are light and elegant, because they are just the daintiest little people in the world.

Lady Mary makes me nervous, she’s so slim. I feel like I could grate cheese with her clavicle.  I think she mostly spends her time at the table with a tiny glass of sherry held aloft in her graceful hand.  I will have to go back and watch the whole thing again to see if she actually ate anything.

Anyway, here was the not-all-all-period-piece meal I made, and while the edamame would have probably perplexed the Crawleys, I could imagine Jimmy ladling it out with grace, and the Dowager making a snide but clever comment about how the foods of the East were working their way into the world of the landed gentry.

When most of us are cooking for our families, there’s nothing easier or more natural than serving up everything family-style, which is another way of saying “help yourselves, people!”  But sometimes it is easier to plate up individual servings in the kitchen: soup, for instance, or anything brothy or stewy which can be a bit messy to serve at the table.

Next time I will also add a bit of finely grated orange zest to the tops of the bowls along with the parsley.  #killing itmrspatmorestyle

P.S. If you haven’t found the shelled frozen edamame at the market, take a tic and look for it.  It’s a game change, because while eating edamame from the pod is fun, shelling a few cups for a recipe can be a bit tedious.

One Pot Cod, Cabbage and Edamame is a perfect light dinner. Make this when you need something simple and healthy (but pretty and elegant as well!). 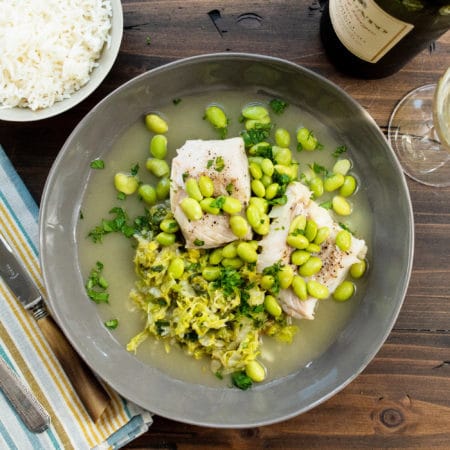