Frozen red happiness in a glass. 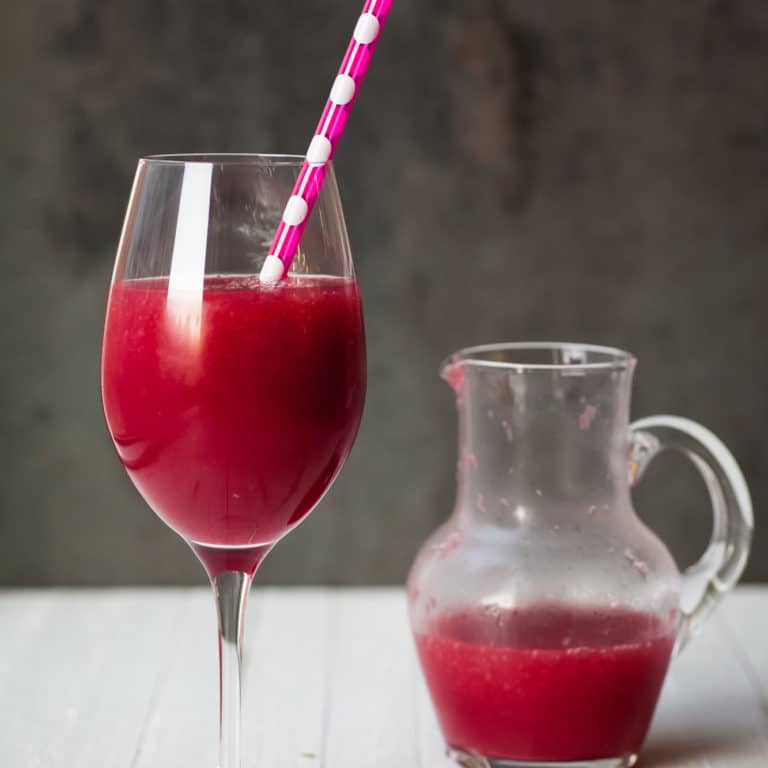 This is not a new recipe, but rather one of the best things to happen to a leftover cocktail since…..oh, I don’t know, since I realized I could marinate scallops in leftover margaritas before grilling and get something pretty terrific.

We had a bash for New Year’s and I made some pitcher cocktails for the adults, a triple batch. And they got drank. But as things go, wine was a-flowing and the next morning I realized I had a pitcher of the blended up cocktail tucked into the back of the fridge (I also realized there was a small piece of not-quite-cooked filet in the now-cold oven which was much more embarrassing and disappointing).

But since it was January 1st and I was all New Year New Me! (for a week), I poured the cocktail into a plastic container and stuck it in the freezer. And I even remembered to label it. (Don’t you always think, “Oh, I’ll know what that is when I take it out!” And then weeks or probably months later, you staring at a big brown slab thinking….”Brisket? Flank Steak? Sirloin? Not brownies….?”

And then here’s what happened—and what I advise you make happen, too. I pulled it out a few months later, and at first imagined I would let it defrost completely and serve it up to a few friends. But then, I thought, maybe….what if….and I just let it defrost until the sides of the mix were pretty soft in the container, and then I THREW THE WHOLE THING INTO A BLENDER AND BLENDED IT UP UNTIL IT WAS A SLUSHY BOOZY FROZEN DRINK.

Sorry about the caps. If after you do the same you don’t feel the caps were warranted, email me, and I’ll take them down.

If you want to drink part of the cocktail in its original form (liquid) and freeze up the rest for another day, that’s a very nice way to go. 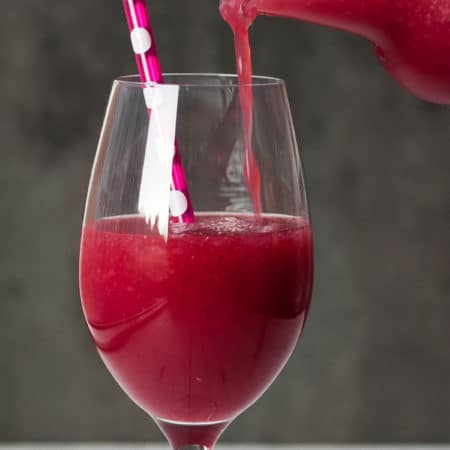