What is the Difference Between a Slow Cooker and an Instant Pot? 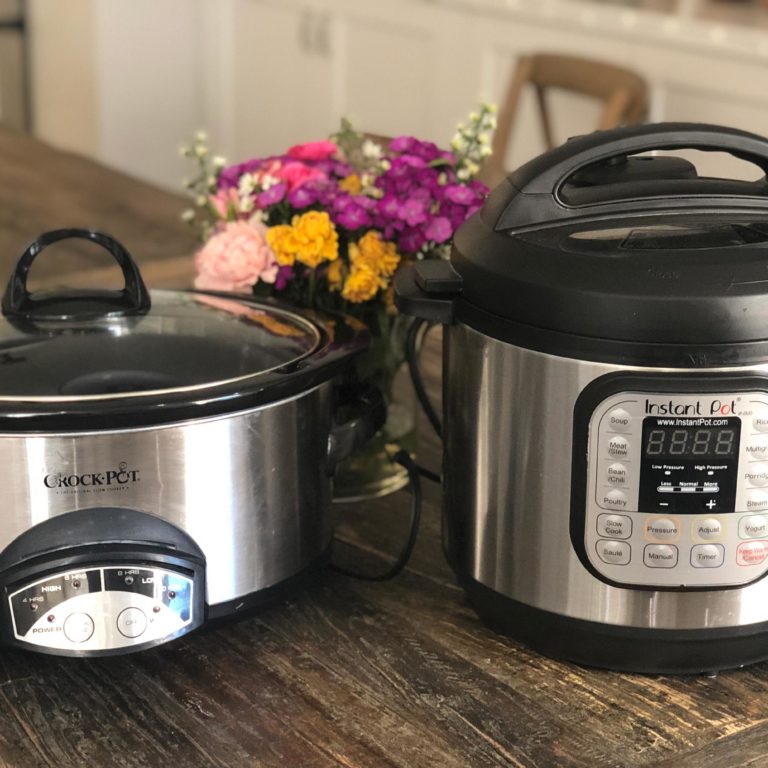 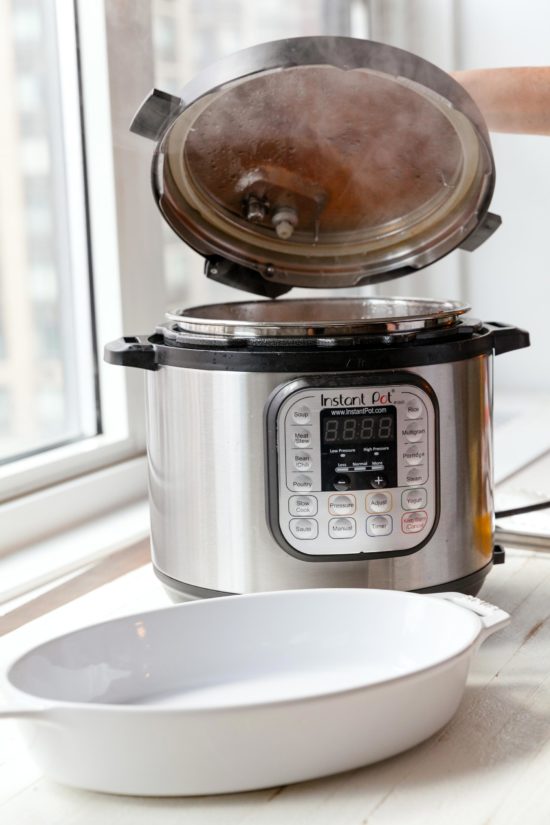 The Instant Pot isn’t new news….but even though millions of people have purchased one, millions more are wondering whether it’s an appliance they should add to their kitchen equipment arsenal, or whether they should stick with the classic slow cooker. Are you one of them? Let’s dig in and find out which appliance is best for you. 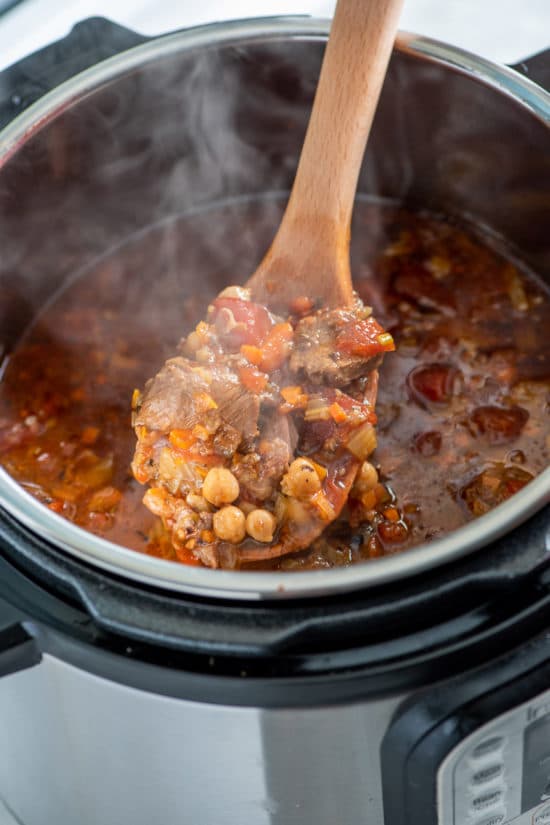 Instant Pot is the most popular brand name for a fairly new breed of programmable electric multi cookers, and there are a number of other similar pots with different names made by other manufacturers. As the full name suggestions, they offer multiple functions. Instant Pots (we’ll use the popular moniker for these gadgets) are pressure cookers, slow cookers, rice cookers, yogurt makers, steamers and warmers, all in one. They also have the ability to brown foods, so you can sear or sauté in them.

This last feature is one of the reasons I like mine so much. When making something like pulled pork or braised chicken, I prefer to sear the meat first, before cooking it (whether it’s being cooked fast using the pressure cooking setting, or with the slow cooker mode, or even when I’m making something traditionally in the oven). This means the final product has more texture to it, with the outside having a nice caramelization, and the interior being super tender. With a slow cooker, you must do this step in a pan on the stove before transferring it to the slow cooker, which is an extra step and an extra thing to wash.

The main draw of the Instant pot is the pressure cooking function. The cooking temperature of an Instant Pot in the “instant”, or pressure cooker, setting ranges between 239°F and 244°. Many meals can be cooked in under 60 minutes, including things that might surprise you (if you’ve never had a pressure cooker). Pot roast in an hour? Yup. 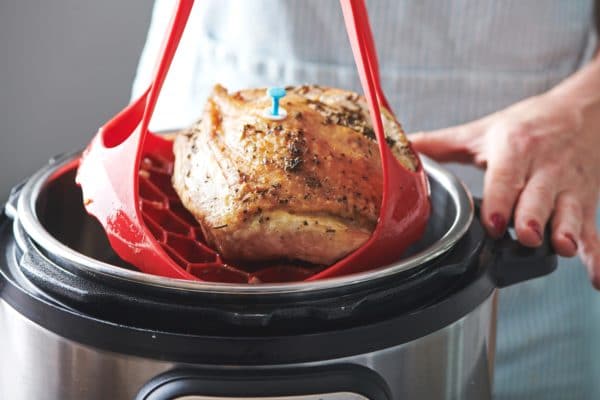 The Instant Pot has insulated housing which makes it energy efficient. You have to seal the pressure valve and then it locks itself during the pressure cooking process, which results in no cooking smells. You might think is a pro or a con (I’m a fan of cooking smells myself). It raises, monitors and adjusts the pressure automatically, and then when the cooking time is finished, the valve is released to bring the pressure back down (some recipes state that you should release the pressure valve manually, some allow for the instant pot to do this automatically and slowly). The food should be allowed to sit in the Instant Pot until the release time is over – most recipes will be clear on that, and the pot itself unlocks when it’s time to remove the food.

You can certainly use the slow cooker function on an Instant Pot, but many slow cooker fans don’t feel like it’s as good as a designated slow cooker. Because the Instant Pot seals itself so well (which is great for pressure cooking), even when it’s not on the pressure cook mode less liquid is able to evaporate than with a traditional slow cooker. This may result in quite a bit of liquid left at the end, and less reduction and thickening of the liquid/sauce as the food cooks.

Most Instant Pots have smart built-in programs like “rice” or “bean/chili” so you can make certain foods with the press of a button. But overall it’s less intuitive than a slow cooker, so you should find recipes with explicit Instant Pot instructions. Once you get the hang of it, then you can experiment with other recipes. 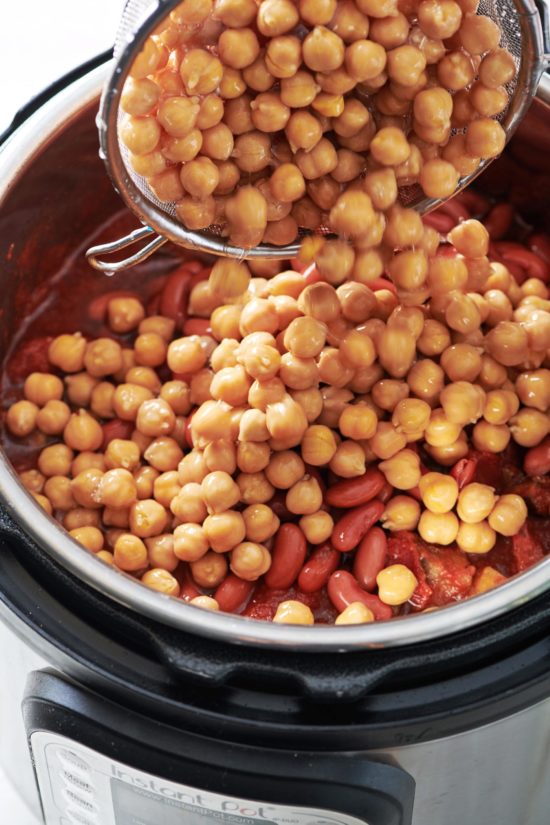 For steaming, or for other recipes where you don’t want the food submerged in liquid, there is a rack insert to keep the food suspended above a small amount of water or other liquid. This means you can make foods in your Instant Pot that you would not usually make in a slow cooker, such as a lasagna in a pan. There are pans specially designed for the slow cooker on the market, and also some silicone slings and other inserts designed for cooking specific foods, such as eggs, and lifting foods from the machine. 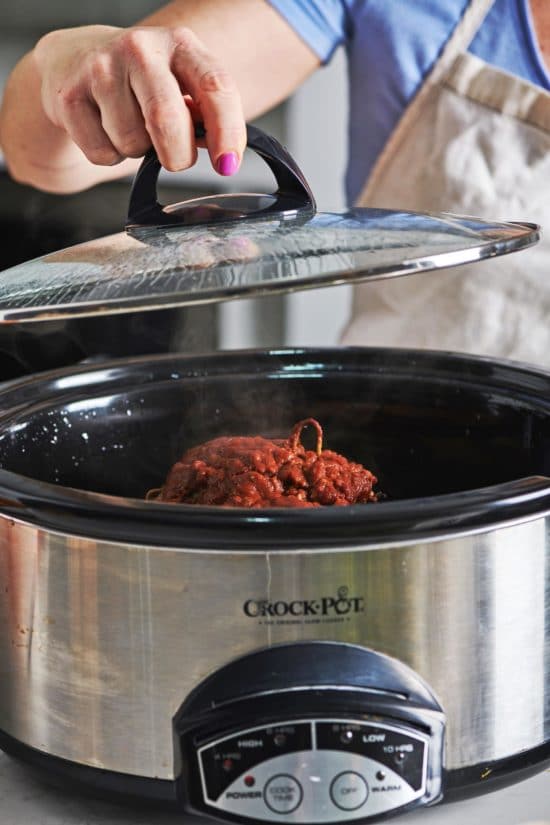 As the name suggests, the slow cooker cooks foods low and slow, with a temperature range of about 175°F to 200°F. There are usually only two settings, low and high, and the high setting usually has a minimum cooking time of 4 hours, and a maximum of 6, with the low offering a choice between 8 and 10 hours. Most recipes specify which setting and amount of time to use, but I’ve found that some recipes, like a roast or pork shoulder, can be flexible, so you may choose a setting and time based on the amount of time you have available (eg if you are cooking something in the afternoon for dinner, or overnight while you sleep).

The slow cooker is more intuitive than the Instant Pot to most cooks. Fewer functions (as in: one) mean fewer buttons, and it’s harder to mess anything up.

Slow cookers are available in sizes up to 10 quarts, while Instant Pots top out at 8 quarts, so if big batch cooking is your thing, that’s a consideration.

What They Both Do 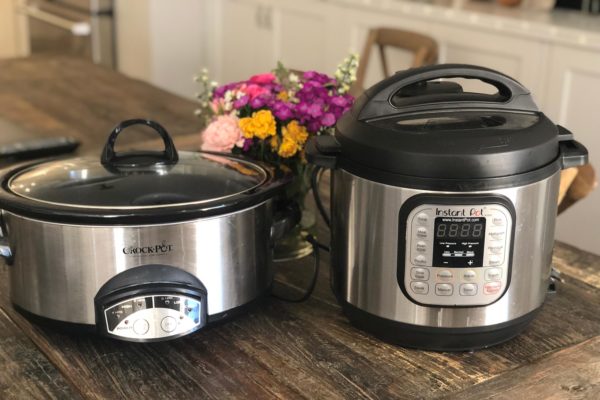 Both machines are good for foods with lots of moisture and long cooking times, such as soups, chilies, stews and braises. Both usually come with the ability to set a start time for cooking (up to 24 hours in advance), and also the ability to keep foods warm if you are not able to be there the moment they are finished.

Which is Right For You?

If you are a person with lots of the appliances that an Instant Pot can replicate, such as a yogurt maker, a slow cooker, a pressure cooker and a rice maker, than boy will you save a lot of storage space with this one device. And if you are a last minute dinner maker, then the Instant pot might become an invaluable tool in your life. But if you are someone who plans ahead, loves slow cooked foods, and wants to walk in the door to a house filled with the scent of dinner waiting to be served up, then stick with the slow cooker. 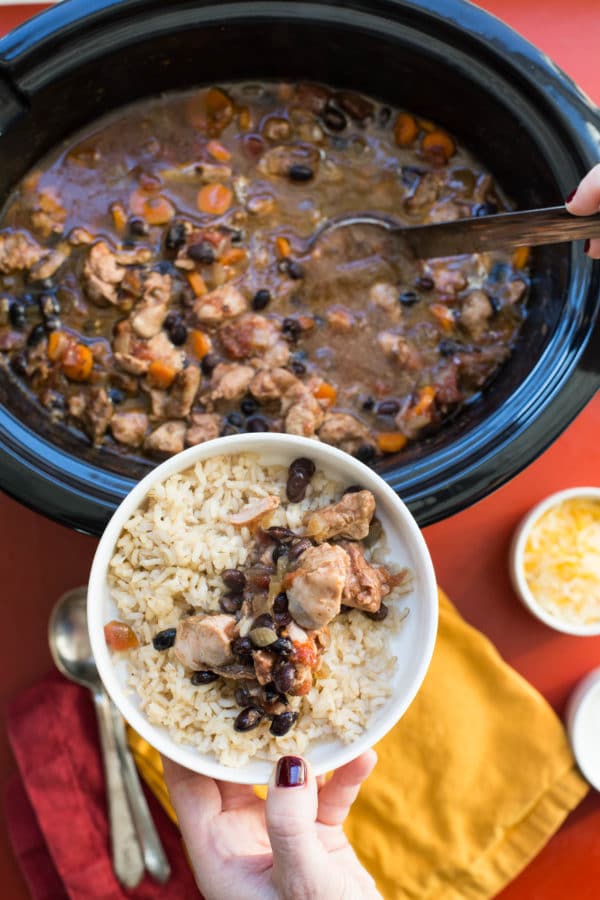 Me? I have both. And I use both. I use my big slow cooker for slow cooking, and I use my Instant Pot mostly for searing and pressure cooking. At some point I might pick a lane and stick to it, but for now, I’m making room for both of them.

Or Slow Cooker Recipes to Set and Forget: 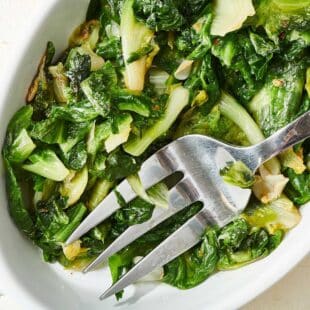