How to Cook Sunchokes 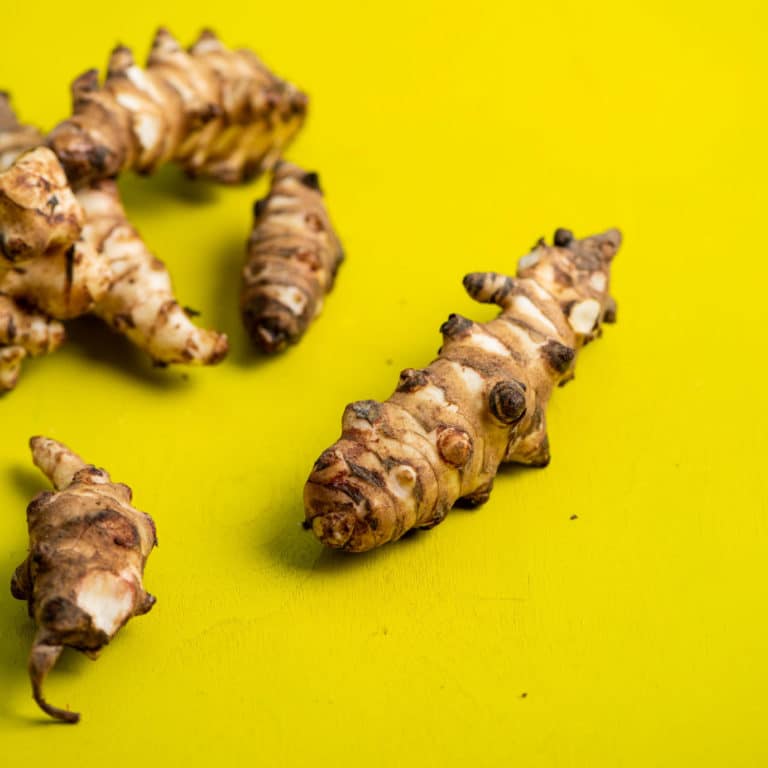 How to Cook Jerusalem Artichokes

And most of us don’t know exactly how to cook (or shop for or store or prepare) Sunchokes.

This is about to change!

Sunchokes also go by the names Jerusalem Artichokes, sunflower choke, or sunroot, and they are in fact part of the sunflower family, though their taste is reminiscent of an artichoke. The word Jerusalem was probably a misappropriation of the word “Girasole,” which is Italian for sunflower.

Though they’ve been eaten for centuries (they were cultivated by the Native Americans), only in recent decades have they become more popular again, showing up on even fine dining restaurants across the country. It’s the starchy root, or tuber, that is cooked and eaten.

Sunchokes are usually 2 to 4 inches long, and look much like fresh ginger, though usually without quite as many knobs. The skin can vary in color from white or light brown to a reddish purple.

How Do I Know Which Sunchokes to Buy?

Look for taught, smooth skin, and make sure they are very firm, basically hard, to the touch. If you see shriveled skin or any signs of mold, decay, sprouting or softness, don’t buy them.

Where Can I Find Sunchokes?

You can find them in markets, some supermarkets, and definitely at specialty stores that carry upscale and unusual produce. They will often be near the potatoes, or other root vegetables. Sometimes they are near the ginger.

Jerusalem artichokes have a somewhat potato-like consistency and flavor, a slight sweetness, and a bit of a nutty flavor, definitely reminiscent of artichoke hearts.

How Do I Prepare Sunchokes?

They can be used raw, thinly sliced into a salad for instance (though beware, raw sunchokes may cause a bit of gastric distress in some people), or they can be roasted, fried, sautéed, mashed or pureed—really anything you would do with a potato.

How Do I Store Sunchokes?

Store them in a cool dry place, or in the crisper drawer of the fridge. They will last for about two weeks.

When Are Sunchokes in Season?

Jerusalem artichokes are ready to be harvested from Fall through Spring, but Winter is peak season.

What Are the Health Benefits of Sunchokes?

They contain a nice amount of potassium, and are rich in iron and other minerals. They are believed to lower cholesterol and reduce blood pressure.

Try Sunchokes/Jerusalem Artichokes in These Recipes!: