When I Grow Up I Want to be Miss Olivia High 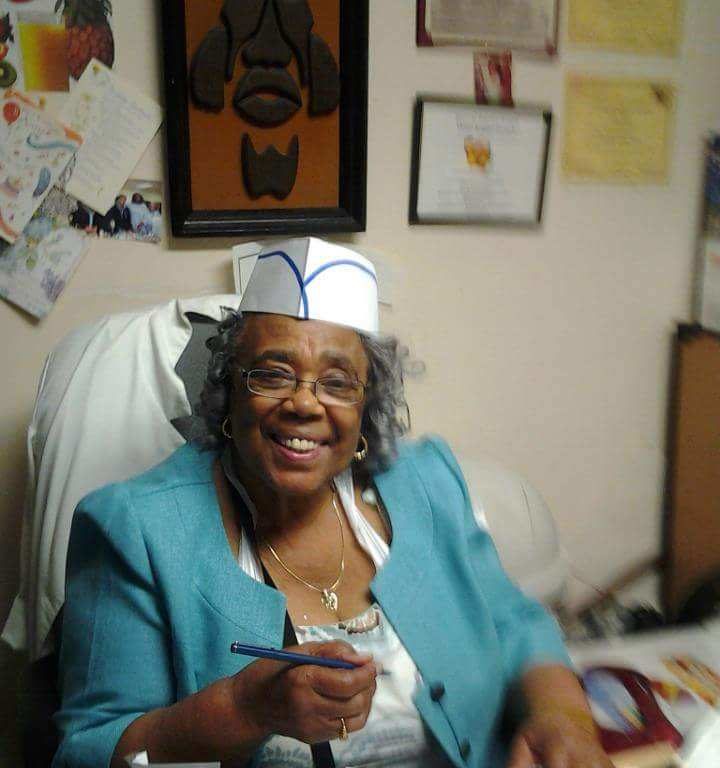 The weekly meal service and food pantry at Union Baptist Church is not one of the biggest around. It’s not one of the oldest. It’s certainly not one of the most modern. But it’s something special, in large part because it was conceived of and still run by a vibrant 92-year old woman, Miss Olivia High. 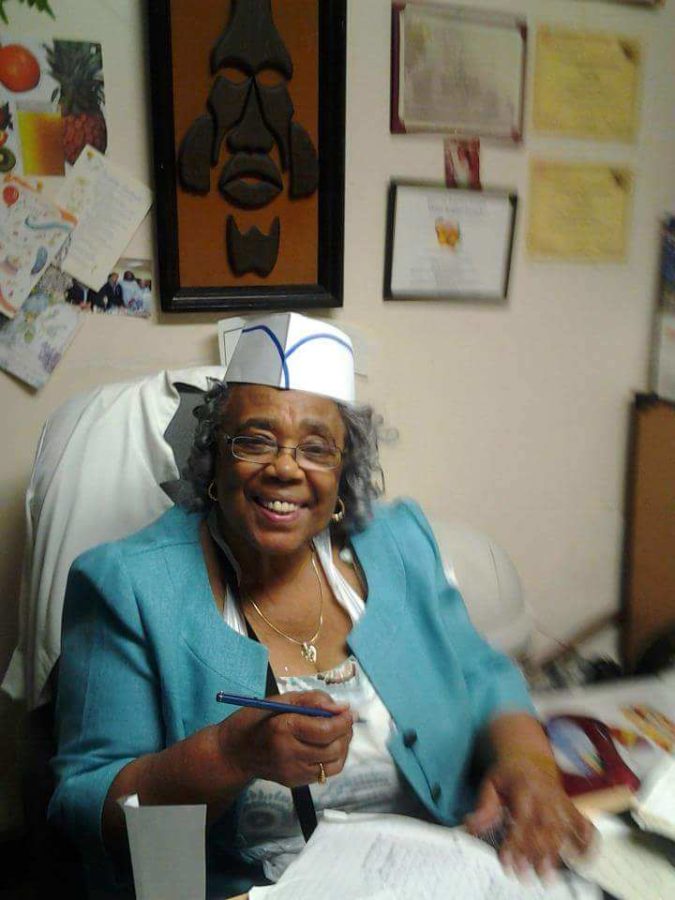 If you arrive at the pantry and kitchen, which is tucked into the basement of the church in the Bedford- Stuyvesant area of Brooklyn, just before the meal service starts, you should get to hear a freeform sermon from one of the church leaders, providing a bit of spiritual sustenance before the food is served. Much of the discourse focused on appreciation – appreciation for the food they were about to eat and take home, for the volunteers, for the work of the church and the soup kitchen. On the day Laura Safran of City Harvest and I visited, Brother Wade was empathically telling his listeners: “461 Decatur Street is here for a reason.”

Miss High took over as director of the church in 1997, after being a member for 40 years prior. She wanted to make her mark, and do something new for the community. It didn’t take her long to realize that putting together a weekly food service program would be of great help to some of the parishioners and the neighborhood at large. In her emphatic words, she knew “noth-ing” when she started. But she clearly knew there was a need.

Now the 20-year old program takes place every Wednesday from 12-2. About 200 people are served every week. Guests arrive and after getting registered can chose if they want a meal to stay, to go, or both, and then choose from a selection of pantry items to take with them.

A group of volunteers does everything from processing deliveries to preparing food to handing out well-worn handwritten tickets to be exchanged for the take-home food to replenishing the stockroom with food. Everything about the place is solidly old school: the number of guests who come and go are recorded by hand on printed sheets, as are the food deliveries.

As the meals and pantry items are handed out, we learn what came from City Harvest. In the kitchen, the deliveries from the past week include trays of prepared food and sandwiches made especially for Union Baptist Church by some City Harvest affiliated restaurants. A lot of the produce used to make other parts of the meal also arrived via City Harvest.

Miss High walks us through the selection in the storeroom, and the pantry offerings available that day. There are quite a number of cans, but thanks to City Harvest there are also generous bags of red lentils, fresh bread, red onions, and some other assorted produce. It also turns out that one of the refrigerators that allows the pantry to function also came from City Harvest. Miss High worries aloud about available funds, and mentions several times how important City Harvest’s support is to her program.

We meet Miss High’s Assistant Director, a very cheerful Brother White. Brother White is 98. He is in charge of the kitchen, and taking a little breather, having been at work since around 6:30 that morning. Brother White has been a member of the church for 65 years (Miss High looks both pleased and a little miffed that he has 5 years on her church membership tenure), and been Miss High’s #2 since the kitchen opened.

As we walk around Miss High introduces us: “They’re with City Harvest!” and the reaction is instant and enthusiastic. She leads us all around the room, answering questions, greeting returning guests, stopping into the crowded office to make sure tickets for an upcoming fundraising raffle are being printed properly. She introduces us to her colleagues and some long-time volunteers.

Before we start to look too worried, she assures us that there is a succession plan in place. There are some younger folks coming up the leadership ladder – Miss High says teasingly but loudly in front of the next generation (or two), “We’re moving chairs, and soon I’ll be giving up my seat. But no one really wants my seat, because it’s hard!”

During their first week of providing food, they served 31 people. Recently during an especially busy month the recipients of the program numbered 9000. Besides the food, people are also clearly here for the company. The women training me in the food-sign-up systems give me a cheerful running commentary on who’s who in the room: “That’s his first cousin, and my best friend for 15 years.” “Excuse me, I gotta make sure she heard about Miss D’s hip surgery.” And then, quietly, a sudden reminder of why we are in the room, “See her? Someone told me she’s been stealing food, out and about.”

The Union Baptist Church food assistance program serves an average of 200 people every week. In 2017, 146,000 pounds of that food came from City Harvest, much of it fresh prepared or fresh produce. So far this year, City Harvest has already delivered 24,448 pounds of food.

After 12 years on the City Harvest Board of Directors, my favorite thing is to head out into the field and see firsthand how the work of City Harvest actually changes people’s lives. It will never stop inspiring me, and making me proud to be part of such a necessary and effective organization.

And I’ve know only a handful of people in their nineties, but I’ve never met anything like Miss Olivia High.   If I get to that age, and have a squint of the stamina and dedication that Miss High has….well, let’s just say I would like to be Miss High when I grow up.