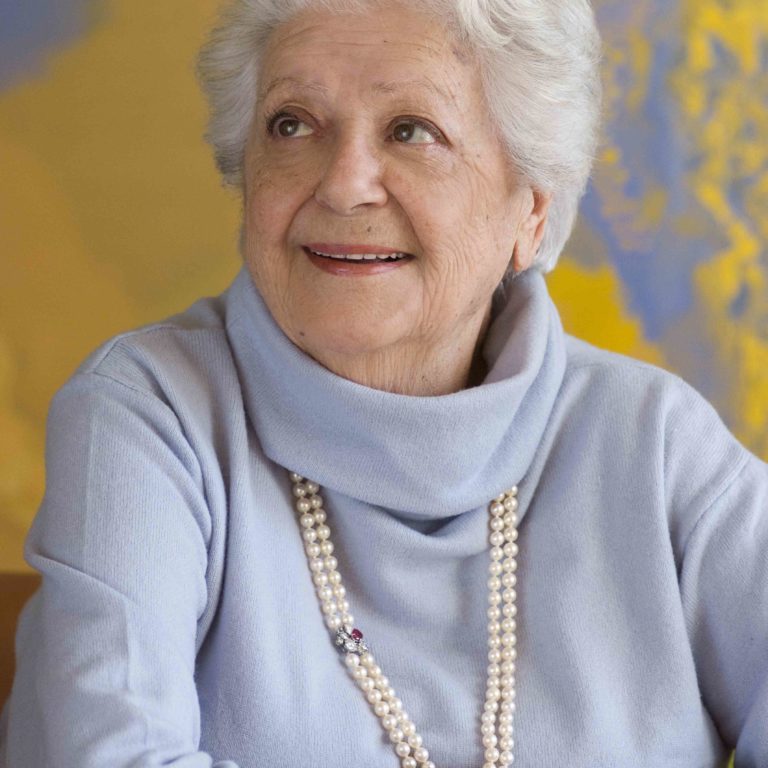 I first “met” Marcella Hazan the way so many people did  – through the pages of her opus, “The Essential of Classic Italian Cooking.”   I was around 11 or 12, but already neck-deep into my affair with cookbooks and cooking, and I could not wait to make homemade pasta.  And again, like so many people, it was Marcella who taught me how through the pages of her book.  I followed the directions to the letter, the many, many pages of explicit directions, taking you though the detailed steps of making pasta.

First creating a mound of seasoned flour, carefully using your fingers to create a depression in the middle, the cracking of the eggs , and the focused stirring, stirring up those eggs in their little fragile flour volcano,  pulling in small amount of the flour bit by bit, thickening up the egg mixture, trying for as long as humanly possible not to collapse the thinning sides of the flour teepee, until, crash, a side would cave in and then you’d fling the fork to the side and use your hands to quickly scoop together the rivulets of the starch-streaked egg and the rest of the flour.

Then the kneading.  And the kneading.  For a while I rolled and cut the pasta by hand, then one birthday I asked for and received a hand-cranked pasta machine, which I still have.  I made Marcella’s pasta for special occasions, and made lots of it.  To dry it I draped strands everywhere around the house they could be draped, much to my parents’ annoyance.  Over the backs of kitchen chairs and dining chairs; often we could find a clump of dessicated pasta hanging somewhere out of the way weeks after my last pasta-making frenzy.

I met Marcella briefly at a food conference over a decade ago.  Recently my friend Chris and I taught my kids how to make fresh pasta with Marcella’s recipe.  And then when I helped launch Cookstr.com, Marcella was one of our founding author contributors.  And I emailed her and got to talk with her on the phone.  And it was thrilling.  Her response when I asked her to join Cookstr:

“Thank you for the very kind words. When you get old, I am on my way to 85, it is more gratifying that ever to find that your work still has some value for others.

I read about Cookstr in the Times, and it sounds to me as though you have found an appealing new way to present the recipes of good cooks. If your site encourages people to cook at home that should have special resonance in these times.”

We wrote back and forth several times, and I gave her a list of the recipes we wanted to use on Cookstr, with her permission.  She responded:

I wrote a newsletter about entertaining, and included words of wisdom from some culianary luminaries.  I asked Marcella for her entertaining tips, and she wrote back:

“As you probably know already, Italians don’t have a long tradition of entertaining. The daily gathering around the the dining table for the long midday meal had too much significance for the family to share it with any one else. I never had anyone, not even my closest friends, at home when we ate, nor was I ever invited to theirs, until after I was married and moved to New York.

I now have small dinner parties, as small as four persons at table, and a maximum of eight. I don’t do anything different than I do for my family. No long pre-dinner conversations over drinks. We may have a crostino of my own devising, and Victor may serve a glass of prosecco, but then within 15 minutes of their arrival, guests come to the table to eat. I dislike plated service, and so I never hand a guest a plate with food already on it. I pass around around a platter or bowl and guests take what and as much as they like. And I ( or whoever I have helping me) come around again for seconds or thirds. And I do that with each course, of which I usually serve five, including pasta, meat or fish, vegetable, salad, and dessert.

I once used to do buffets for a large gathering, for 30 or more persons. I am approaching my 85th birthday and I doubt that I shall do them again, but who knows? What I discovered and loathed about buffets was that all the dishes were laid out on a table, and people piled their plates high with everything from salad to dessert. To spare my carefully prepared food from suffering this abominable fate, I bought a beautiful antique frame and placed it on the buffet table with the complete menu of what I would be serving. I then brought out each course at a time, never bringing another one out until the guests had served themselves of the preceding one. This way I served my buffets with the same orderly procession of courses that I would have used at table for ourselves, people knew exactly what was coming next, and no one ever ended up with pasta and dessert on the same plate.”

Marcella was highly opinionated and sometimes a little bit grouchy, but that was ok; she was Marcella Hazan for God’s sake.  I corresponded with Marcella and her husband Victor from time to time, always happy to highlight her in some way or another.

I hadn’t heard from her or Victor in some time (though she surfaced on my Facebook page as recently as August 8th to say “I don’t even like kale,” on one of my posts).  And then, today’s sad, sad news that she had died.  But my goodness, what a life.  How many of us can know that we made an impact on so many, inspired so many, taught so many?  I am so sorry for her husband and her son, and certainly know from experience what this kind of loss is.  And how it gets strangely magnified, and shared, when the person who is gone was a public figure.  But I know I am speaking for thousands upon thousands (millions?) of people who want to say THANK YOU to the talented, dogmatic and brilliant writer-teacher Marcella Hazan.  And I’m sure I’m not the only one whose going to be digging out their pasta maker in the next week.