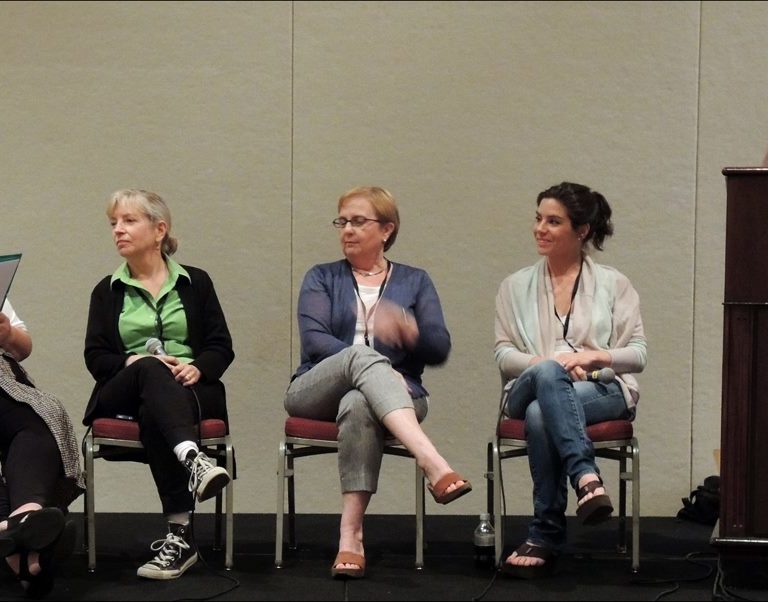 I write this flying home from a wonderful first time Food and Wine Conference, created by Isabel Laessig of Family Foodie and Sunday Supper, in Orlando, and the past 36 hours did not all go as expected.

The first day went brilliantly.  The panel I was on (How to Write/Publish  a Cookbook) was quite good, nice audience participation, and my smart co-panelists were all old cookbook veteran friends, including the venerable Sara Moulton, who I have known for a long time, and admired for even longer.   Attending the rest of the panels I learned a ton.  Really a ton.  SEO stuff, marketing stuff, wine stuff; it was a conference filled with smart presenters, like Michael Green and Dan Cristo, and Jeff Houck.  The vibe was one of overall generosity and goodwill, and it was fresh and energetic. 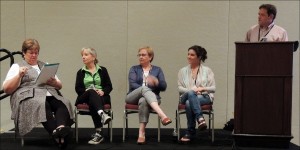 So then right before dinner, I got pulled aside with a question.  Had I talked to Isabel?  “No, why?”

Sara was to host the  big cooking demo demonstration in the a.m., bright and early.   But after leaving our panel, awful news had landed in her lap: her mom was ill, and she was racing to the airport to get back to New York.  Having just been though the like, my first reaction was pretty visceral.  I wished I could have been with her in the car and rested my hand on her back.  Those kinds of calls; the worst.

And then the question: Would I do the cooking demo in her place?  Well, um, sure, of course, I mean, yeah, yes.

But here’s the good news.  I actually saw Sara do her “How to Host a Perfect Cooking Demonstration” presentation about a year and a half ago.  Right before my book got published, before I ever did my first cooking demo in my whole life, before I hit the road for a 20-plus city book tour.   She was a master, maybe the master.  Ironically, that same day at lunch, I had chatted with her about this very demo and how influential it was.  I told her my the biggest takeaway was not really what she said, but what I learned by watching her on stage: the most important thing is to really make sure you engage with the audience, and make sure everyone, including you, is having a good time.  And from there, I have jerkily made my way into something resembling a comfort zone.

So, I set my alarm for early, got the recipes just before, and after digesting what I was going to make (CREPES?  TEMPURA?  Oh, thank God we’re not making  a soufflé) I took several of the deepest breaths in the world and walked in front of the conference.

I remembered how impressed I was when I saw Sara bring up people from the audience, and pull them into the action.  I liked how she asked the audience questions.  How she admitted when she wasn’t sure about something.  How she walked around on stage.  How she explained what she was doing, told anecdotes, made everyone feel so comfortable, didn’t talk down to anyone, made everything seem approachable.  The concrete advice.  The true listening.  The smile.

Well, I’ve been doing this for over a year now, but I am no Sara Moulton.  So I channeled her, and layered on my own, uh, irreverentness?  I re-titled the presentation “How to Host a Pretty Good Cooking Demonstration.”  I may have sworn once or twice, nothing bad.  I may have spoken a few times on purpose to the microphone in my cleavage, as though it was a special audience.  I told everyone to get a manicure, and to avoid setting themselves on fire.  I might have even forgotten to batter the first batch of shrimp tempura.  But people laughed, and asked questions, and chimed in, and it was good.  I actually really like being thrown in the deep end.

I wish Sara and her family were not going through a hard time, and my thoughts are with them.  But I do want her to know that she continues to teach and send many of us on our way.   I am but one of those people, and, Sara, your considerable ripple effect ripples on.