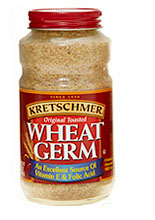 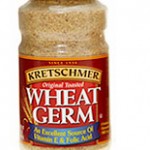 Foodwise, my mother was ahead of her time.  She wasn’t the only one of course: the 70s were filled with people discovering wheat germ and carob and sprouts and homemade yogurt.  And simultaneously diving into the world of cassoulets and paellas and other day-long food projects inspired by far-away lands.  But boy, she really embraced the healthy food thing for a long stretch, and with gold hoop earrings and funky vests she would make multi-grain silver dollar pancakes for breakfast on Saturdays, each of which weighed much more than an actual silver dollar, and we would hope that there was Canadian bacon to go with (while also thinking that the Canadians have much to learn about bacon from their neighbors down South).

And then there was lunch.  At school, I would open up that wrinkled brown bag, the weight of it an unpromising harbinger.  Group trading would ensue, or in my case, not.  This is a typical lunch I might unpack, vs. the typical lunch that lucky girl Dara Lieberman might unpack:

Me: 1-pound peanut butter and jelly sandwich, with rough whole grain bread; peanut butter from the health food store which came with 1/2 inch of natural oil on the top of the jar which had to be vigorously stirred to reincorporate into the peanut butter, and never really did, only to rise back up to the top of the jar hours later; and jam that was nothing more than fruit that has been crushed, with whatever seeds were involved and was very chunky, as in you could bit into half of an actual apricot.

Me: Brick-like “candy” made from sesame seeds and honey, wrapped in a cellophane wrapper that would never quite completely come off so that when you were sucking on this candy with its pointy sesame seeds sticking into the roof of your mouth, sometimes a tiny piece of plastic would cause your gag reflex to activate.

Is my memory entirely accurate?  I think so.  But the pendulum has been swinging since those mid-70s days, and while I am trying to keep centered, or a bit left of center as they say in other discussions, I do appreciate what my mom was trying to do.  And today, I like those sesame candies, and I also like Fun Sized Milky Ways, because really, who doesn’t?  And now I have natural fruit jelly in my kitchens, along with tortilla chips, organic milk, jarred pasta sauce, homemade barbecue sauce, Diet Pepsi, whole grain bread, and dozens of other contradictory items that speak to the fact that it’s not all or nothing most of the time, it’s just real life.  And actually, I could go for one of those sesame candies just about now.